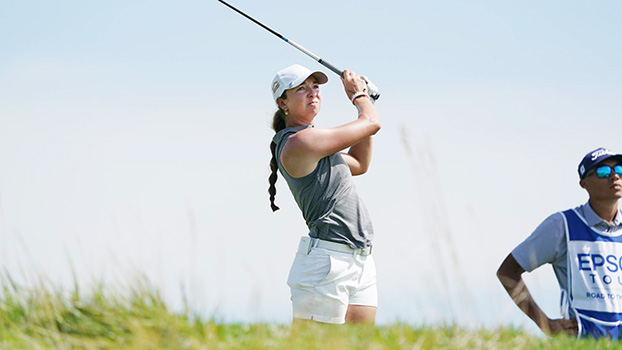 SOUTH BEND — The 11th annual Four Winds Invitational is set to kick off at South Bend Country Club Friday morning with a full field scheduled to compete in the 15th stop on the 2022 Epson Tour.

The first nine Four Winds Invitationals were hosted by Blackthorn Country Club in South Bend. This will be the second consecutive trip to the South Bend Country Club for the 144 players who will tee off Friday in the 54-hole, stroke-play format, which will be trimmed to the top 60 players plus ties after 36 holes.

Lilia Vu won last year’s Four Winds Invitational. She is currently a member of the LPGA. Other past champions making their marks in the LPGA are 2020 winner Kim Kaufman, 2019 champion Perrine Delacour, 2016 titlist Jackie Stoeiting and 2015 winner Brooke Henderson.

The Four Winds Invitational 36-hole scoring record is shared by three golfers — Samantha Wager, Louise Stahle and Dottie Ardina — at 10-under par. All three scores were shot at Blackthorn. Vu and Nicole Vandermade share the 54-hole record at 12-under par. Vandermade shot 204 at Blackthorn in 2014, while Vu tied the record last year in winning at the South Bend Country Club.

The course has been set up to play 6,456 yards with a par of 72 (37 on the front nine and 35 on the back). With the addition of a new tee on No. 7, the par 5 will now play 60 yards longer. The South Bend Country Club is no stranger to big events having hosted the Western Open, Women’s Western Amateur, Indiana Amateur and Indiana Senior Open throughout its history.

Yin heads to South Bend having won back-to-back tournaments, including last week’s stop in French Lick, Indiana, at the Charity Classic. She also won the FireKeepers Casino Hotel Championship in Battle Creek the week before.

Li currently leads the Race for the Card, while Yin is second and Strom third. Gabriella Then and Gina Kim round out the top five.

Polly Mack will bring a lot of momentum to the Four Winds Invitational after playing well in the Charity Classic last week.

Mack, a rookie on the Epson Tour, was No. 124 on the money list, two sports away from having to play in the LPGA Qualifying Tournament Stage 1.

But after a strong finish at the Charity Classic, keep her from having to head out to California. She said that the possibility of playing in a qualifying tournament was affecting her game.

“I was just really nervous about the whole thing,” Mack said. “I think you could tell by the scores, especially by the second round, starting with three bogeys.”

She regrouped with the help of her caddy and finished the opening round 2-over. After the first three in the second round, Mack had dropped another stroke and had to come up with a better plan.

“I was like okay Polly, you either have to fight back or let it go,” Mack said. “Suddenly I made some birdies that really helped, and I fought.”

But despite the improved play, she still needed to pick up a stroke with one hole remaining if she was going to make the cut.

“I knew on No. 9, my No. 18 of the second round, that I had to make that birdie to make the cut,” Mack said. “I made the putt to make the cut. From there on, I knew I was pretty safe. I could play golf without too much going on mentally.”

The final two days of the tournament saw Mack shoot up the leaderboard, eventually finishing alone in third place. She went from No. 124 on the money list to No. 31.

She hopes to bring that confidence to South Bend this weekend.

“I think from here on out, I’ll just go into everything relaxed,” Mack said. “A goal now is to jump into the top-10 and maybe get a win out here. I know now that it’s definitely possible with the game that I have going on.” 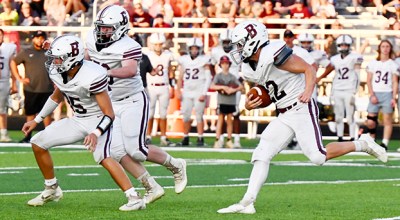