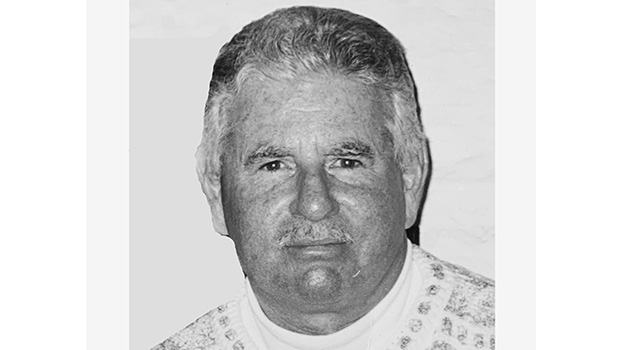 Don George Blackmond passed away on Aug.t 9, 2022, after a brief illness.

He was the son of the late George Blackmond and Catherine Gregory Neff, stepfather Dr. Robert Neff. He was the pride and joy of his grandparents Don and Nell Gregory.

Don is best described as a “renaissance man…a man who could do all things if he will.”

Don served St. Joseph County and the surrounding areas as a lawyer for 45 years, before retiring in 2007.

He also served Keeler Township for more than 26 years on the Planning Commission/Township Board.

His achievements were many, whether in the courtroom, at sea or on Magician Lake, he mastered the art of living. He and his bride loved traveling the world, and often took sojourns “up north.”

His love for his wife and family was immense. His kindness, generosity and fierceness knew no bounds. His friends and former colleagues are many; he had a story about every one of them and he cherished the memories they shared together.

For Don, “the glass was always full.”

His love for nature and all things living was immeasurable. Gregory Beach and “the cottages” is his legacy, for which he tended to with glory. His passion for knowledge and history (& perfect grammar) was apparent. Technology was his disdain; written words spoke to him.

There isn’t a tree, bird, fish, President (especially Lincoln), legal argument, war or country, that Don was not an expert. He relished pointing out grammar or factual errors in the South Bend Tribune to his friends, family and the tribune editor.

He was the “answer man.”

Don knew he lived a “privileged life,” he found no greater joy than sharing it with others, his only request for any payment or gratitude would be a lemon meringue pie.

In lieu of flowers, donations may be sent to The Keeler Township Fire Department or Alera Hospice of Michigan.

“Not often in the story of mankind does a man arrive on earth who is both steel and velvet, who is as hard as a rock and soft as drifting fog, who holds his heart and mind the paradox of terrible storm and peace unspeakable and perfect…”

Excerpt from a poem about President Abraham Lincoln by Carl Sandburg, 1959