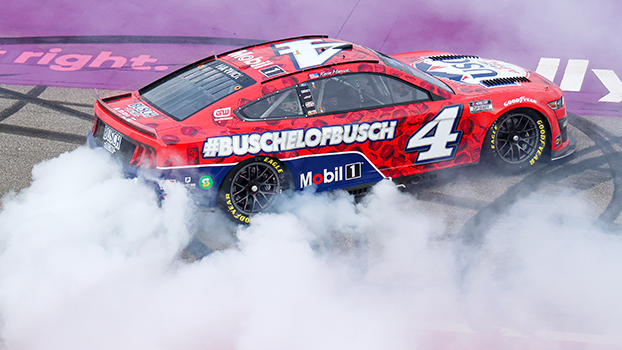 BROOKLYN — Neither the weather or the 36 other competitors could keep Kevin Harvick out of the winner’s circle or the NASCAR playoffs Sunday afternoon.

The veteran driver captured the Firekeepers Casino 400 at Michigan International Speedway to earn a spot in the postseason.

Bubba Wallace, who sat on the pole Sunday, finished fourth as he held off hard-charging Denny Hamlin over the final laps. Joey Logano finished third and Ryan Blaney rounded out the top five.

The race was delayed until 4:15 p.m. as heavy rain engulfed the speedway just 30 minutes prior to the start. NASCAR attempted to get things under way early by moving up the start time from 3:17 to 3:01 p.m., but Mother Nature had other plans.

Michigan State co-grand marshals Mel Tucker and Tom Izzo gave the command to fire the engines and there were no further issues with weather.