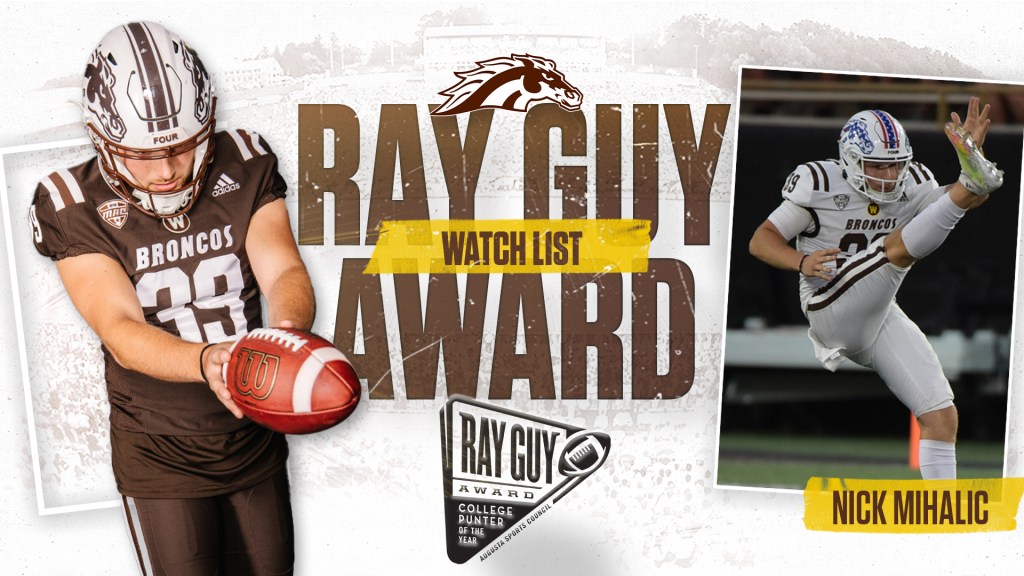 In 2021, Mihalic punted 47 times for the Broncos, averaging 41.9 yards per boot. The 41.9 average ranked fourth in the Mid-American Conference and was the ninth-best single-season average in WMU program history. The Skokie, Illinois, native had a strong season pinning opposing offenses deep inside their own territory, as 14 of his punts were downed inside the opponent’s 20-yard line. Nine of his punts were 50 yards or longer, including a season-high 58-yard punt against Illinois State.

In addition to punting, Mihalic also served as WMU’s primary kickoff specialist, handling 75 kickoffs, 15 of which went for touchbacks. He also made nine field goals and 11 extra points for Western Michigan last season.

During his four seasons as a Bronco, Mihalic ranks seventh in program history for career punts (173), fifth in total punting yardage (7025) and sixth in career punting average (40.6).