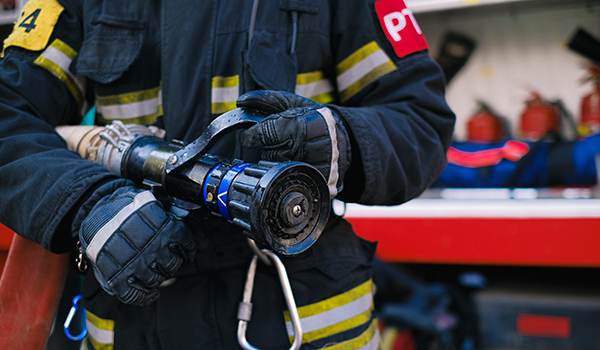 HOWARD TOWNSHIP — One person was injured in a Monday night structure fire, according to the Howard Township Fire Department.

At approximately 10:49 p.m. Monday, HTFD was dispatched to 1300 block of Zilke St. for a reported structure fire with two people still inside. A mutual aid box alarm was requested for assistance. Upon arrival, crews encountered smoke from a mobile home with two occupants inside attempting to extinguish the fire themselves and also trying to evacuate several pets.

Fire personnel were able to locate and extinguish a fire in the main bathroom with the use of portable water extinguishers. Mutual aid companies were disregarded as the fire was quickly brought under control.  Candles in the bathroom that were being used due to a power outage had fallen over and were responsible for the fire ignition.

The department also thanked firefighter Austin Antisdel of the Pokagon Volunteer Fire Department. Antisdel was in the area and responded quickly with his own water extinguisher and helped contain the fire.

One occupant was treated and released on scene for smoke inhalation, no other injuries were reported.