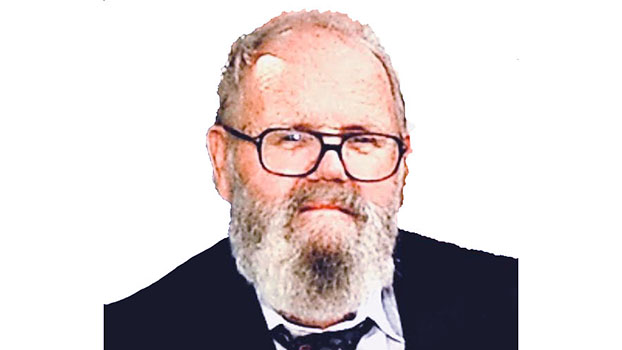 Fred was born in December 1939 in Niles, Michigan, as the firstborn to Elsie and Philip. After graduating high school in northern Indiana, he joined the Navy. Returning home after time at sea, Fred started a life-long career with the U.S. Postal Service. He became a Niles City icon at the Niles Post Office for over 38 years. As a husband, he built a home with his wife Helen and created in his family a legacy of service to the country and love for knowledge in all they touched. As a bonus-father, he positively influenced the life of two teenage boys through adulthood and raised a daughter. When necessary, he and his wife Helen jumped in and raised grandchildren for their children serving in the military.

Fred was passionate about the U.S. Navy, stamps, sports, and bird watching. His love for U.S. Navy was passed to his sons and grandson, who joined the U.S. Navy. His passion for stamp collecting led him to meet his wife at a stamp club meeting. They eventually started a business and joined a tribe of close friends and philatelists worldwide. They were known for taking their grandchildren to stamp shows across the country. He passed his love for basketball and other sports to his daughter, who gave it to his grandson. Family members and friends enjoyed many moments with Fred at the kitchen table, watching the birds and other animals at the birdfeeder. Fred was known for infinite knowledge from constant reading, steadfast reliability, and his strong positions on many topics, which he defended with family and friends. But, most of all, his smile and kind greetings at the Niles Post Office Window will always be remembered.

Fred was preceded in death by his father, Philip, his mother, Elsie, brother, Richard, sister Theresa Johnson, and daughter-in-law Lisa Anttila. To honor Fred’s wishes, there will not be a funeral service. We are creating a living tribute to celebrate his life and allow his legacy to live on. All can submit short video/audio messages of memories and/or a photo(s) at https://www.tribute.co/fred-fowler/.

The final tribute video will be available for viewing after Aug. 20 at rochestercremationservicesmn.com/obituaries/.