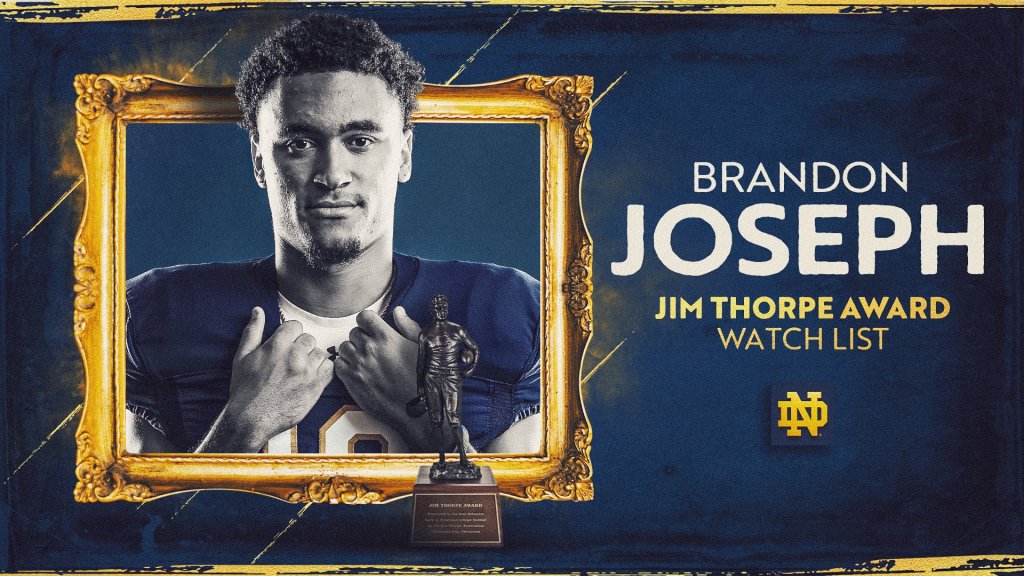 • Joins the Irish roster this season as a transfer after two All-America campaigns at Northwestern in 2020 and 2021.

The preseason watchlist is selected by a screening committee whose members compile a list of up to 50 players. This list is not final, and players who have outstanding seasons may be added to the Semifinalists and Finalists lists as the season progresses.

A screening committee consisting of OSHOF members monitors all defensive backs throughout the season, including watchlist players, and narrows the field to up to 15 semifinalists in October. This committee reconvenes on the Monday before Thanksgiving to select three award finalists. The three finalists are submitted to a national panel of over 250 sports writers, sportscasters, former players and coaches who vote to determine the winner of the Paycom Jim Thorpe Award.

The winner will be announced on ESPN’s live presentation of The Home Depot College Football Awards. 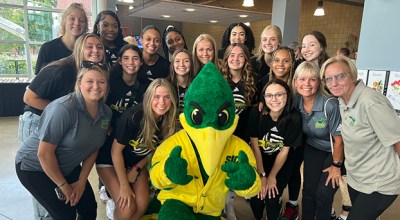