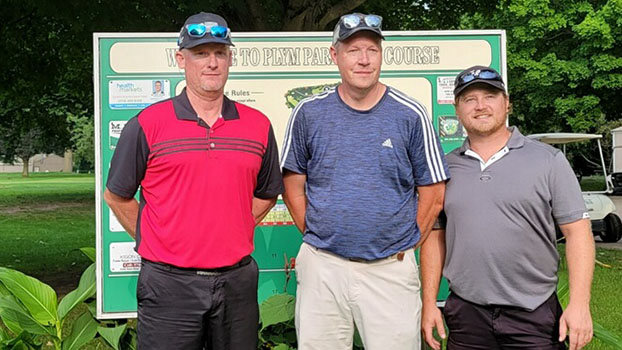 NILES — The first weekend of the 2022 Niles City Golf Tournament was a wet one as numerous thunderstorms, along with torrential rain swept through southwest Michigan Saturday and Sunday.

Despite the soggy conditions, Larry Larson was able to hold off the rest of the field to win the Championship Flight with a two-day total of 154.

Larson headed into Sunday with a three-shot lead over former city champion Dave Berger after shooting 73 on Saturday. Berger shot 76.

Zavitz and Hinz started the final round nine strokes off the lead.

Larson shot 81 on Sunday, while Zavitz shot 74 and Hinz 76 to close the gap, but were unable to overcome the first-round deficit.

Rounding out the top five were Berger, who was fourth with a 160, while defending champion Jacob VanDyke finished fifth with a 161.

The tournament will conclude this weekend at Plym Park Golf Course with the Women, Senior and Super Seniors (75-plus). The Youth Division (17 and under) will get things going Friday morning. Registration deadline for all four divisions is noon Wednesday.