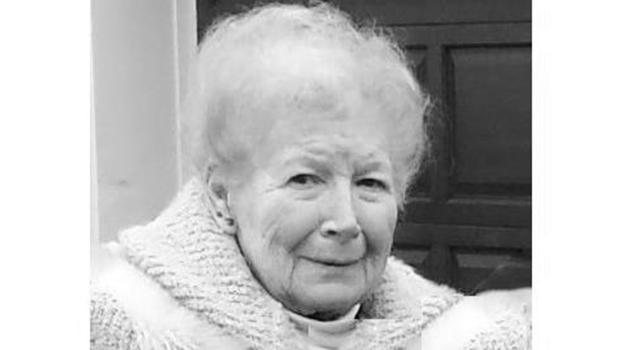 She was born on Aug. 1, 1929, in Springfield, Ohio, to Howard William and Viola A. (Ashing) Grant, and attended school in both Springfield and Niles. While she was a devoted homemaker, she also served as a representative of The Avon Company for thirty years, fulfilling the popular television commercial of the 1960s which began with a classy sounding tubular doorbell “ding-dong” followed by the Avon Lady’s “Avon Calling”. She maintained a display at home of most of the items that she sold.

In addition to the Avon collection, “Gigi” really enjoyed collecting teddy bears and angel statues, crafts, and artwork. When her children were young, she supported their activities at the Bend of the River Archery Club, and became a proficient archer herself. She also bowled on area leagues, adding to her other collections a shelf of bowling champion trophies.

She and her husband, Bill maintained a cabin “up north” in Benzie County – the smallest county in Michigan – where they enjoyed hunting and fishing and the annual morel mushroom hunt. She supported Bill’s military veteran activities as a member of the Ladies Auxiliary to the Disabled American Veterans, and supported his interest in classic cars by going to car shows wearing attire appropriate to the era of his 1951 yellow GMC pickup truck or his Ford Model A.

On April 19, 1947 in Berrien Springs, Michigan, she married William J. Meyers with whom she celebrated the remarkable Sixty-seventh anniversary of their wedding prior to his death on September 26, 2014. She was also sadly preceded in death by a son, Donald E. Meyers on Nov. 18, 2017, and by her brother, John F. Grant.

The funeral service for Gertrude Meyers will be at 1 p.m. on Friday, July 22, 2022, at the Halbritter-Wickens Funeral Home, 615 East Main Street in Niles with Pastor Jim Wing of Niles officiating. Committal Rites will follow at Mission Hills.

The family will receive relatives and friends beginning at Noon on Friday at the funeral home. Online condolences may be left at:
www.halbritterwickens.com

Gertrude was quite a petite lady in stature, but her personality and energy were larger than life. She easily dressed and accessorized as the consummate Avon Lady to call on her clients, but just as readily wore the trousers and shirt needed to hunt for mushrooms or go fishing. Her size didn’t hinder her from pulling a bow or rolling a bowling ball, hitting both targets accurately. As much as Gigi accomplished in her nearly ninety-three years, all of those activities were with other people, most often with her family, and always best with Bill. 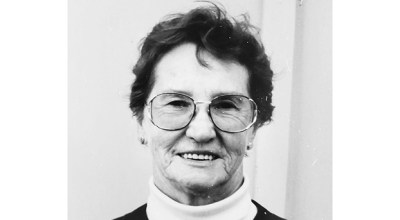