Three-car accident sends one to hospital in Porter Township 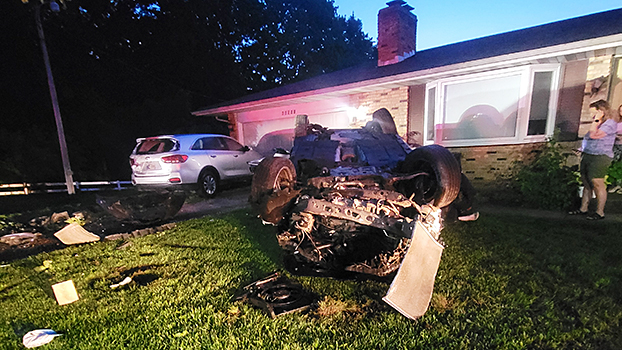 EDWARDSBURG — An Elkhart, Indiana man ended up in the hospital after striking a pair of parked cars on Union Road in Porter Township Monday.

The Cass County Sheriff’s Office reports that Dominique Stauffer, 28, was traveling eastbound on Union Road at approximately 5:35 a.m., coming to a curve, when Stauffer took his eyes off the road and drove his vehicle through the curve and onto the driveway striking two-parked cars at that residence. Stauffer’s vehicle flipped over after hitting the parked cars and came to rest on the hood of his car.

Stauffer was transported to Elkhart General Hospital to be treated for injuries sustained from the crash. It is unknown if Stauffer was wearing his seatbelt at the time of the accident. Alcohol is not believed to be a factor in this crash. This crash remains under investigation.