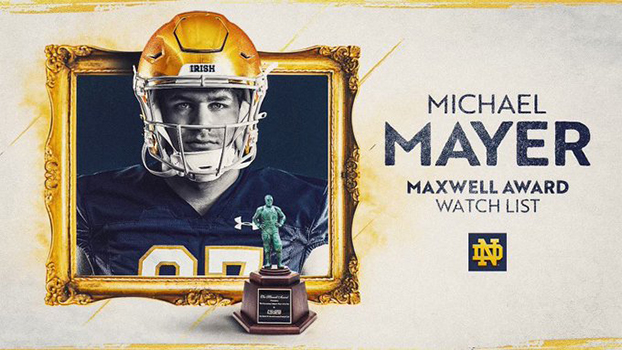 The Maxwell Award has been presented to the College Player of the Year since 1937 and is named in honor of Robert “Tiny” Maxwell who was a former standout at the Swarthmore College and a renowned sports writer and football official.

• As a sophomore in 2021, led the Irish with 71 catches, a school record for tight end receptions in a season.

• His 840 receiving yards were the fourth-highest for any FBS tight end in 2021.

• Matched the Notre Dame record for tight end receptions in a game with nine (for 120 yards) in the 2021 season opener at Florida State.