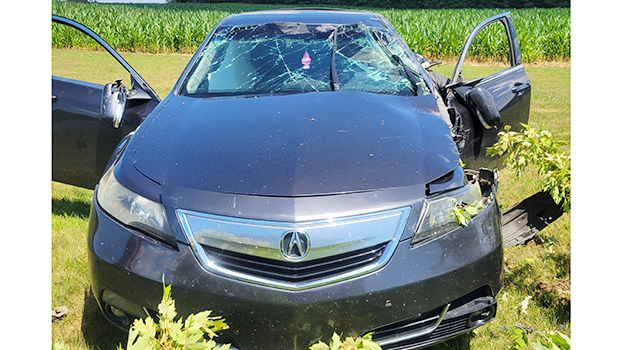 CASSOPOLIS — The Cass County Sheriff’s Office responded to a two-vehicle crash at the intersection of Osborn Street and Robinson road in Jefferson Township Monday afternoon.

At approximately 2:49 p.m., deputies arrived on the scene to find that Brandon McCall, 37, of Cassopolis, was heading Northbound on Robinson Road when he fell asleep at the wheel.

McCall struck the side of another vehicle driven by William Westphal, 18, of Cassopolis, who was stopped at the stop sign on Robinson Road. McCall’s vehicle then accelerated in speed and crossed the intersection landing his vehicle in the yard across from Robinson Road.

McCall was transported to Ascension Borgess-Lee Hospital in Dowagiac for his injuries. Westphal denied any medical care on scene.

Both parties were wearing their seatbelts at the time of the crash. Alcohol is not believed to be a factor in this crash. This crash remains under investigation.

Three-car accident sends one to hospital in Porter Township