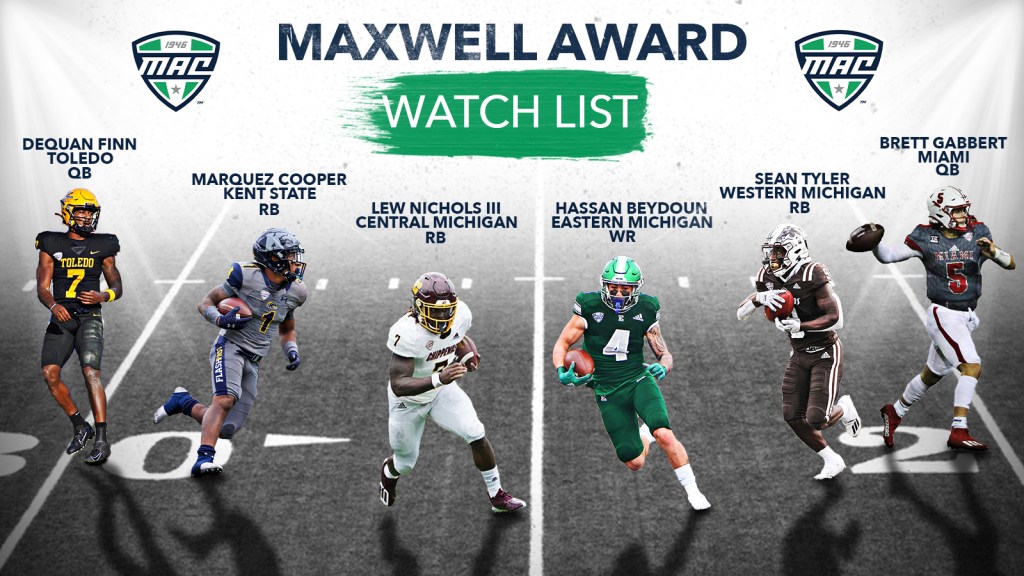 KALAMAZOO — Western Michigan senior running back Sean Tyler has been named to the 2022 Maxwell Award watch list by the Maxwell Football Club.

Tyler led the Broncos’ rushing attack last year, amassing a career-high 1,150 yards on 178 carries and nine touchdowns last season. He also caught career-best 14 passes for 114 yards and two touchdowns. The Richton Park, Illinois, native was also WMU’s top returner on the season, averaging 29.27 yards per return and two touchdowns. For his efforts, he was named Second Team All- MAC.
Tyler’s season culminated with a Most Valuable Player Performance in the Quick Lane Bowl victory against Nevada. Tyler rushed for 146 yards on just 14 carries and returned a kickoff for 100 yards and a touchdown as the Broncos downed the Wolf Pack 52-24.

The Maxwell Award has been presented to the College Player of the Year since 1937 and is named in honor of Robert “Tiny” Maxwell who was a former standout at the Swarthmore College and a renowned sports writer and football official. This year will be the 86th anniversary of the award. The 2021 Maxwell Award was presented to Bryce Young from the University of Alabama.

Tyler is one of four Mid-American Conference players to make the list.