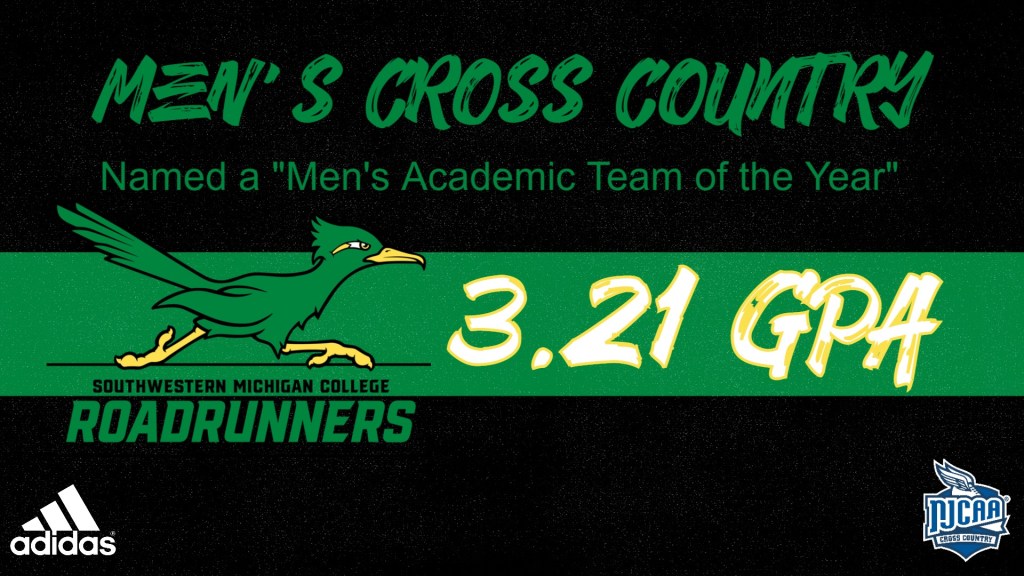 DOWAGIAC — In their first season back after a 25-year hiatus, both of Southwestern Michigan College’s 2021-22 cross country squads were named All-Academic Teams by the National Junior College Athletic Association.

In addition, seven individual Roadrunners earned All-Academic honors for their performance in the classroom.

The men’s team compiled an overall grade point average of 3.21, with the women’s team running just ahead with a 3.22 average GPA. 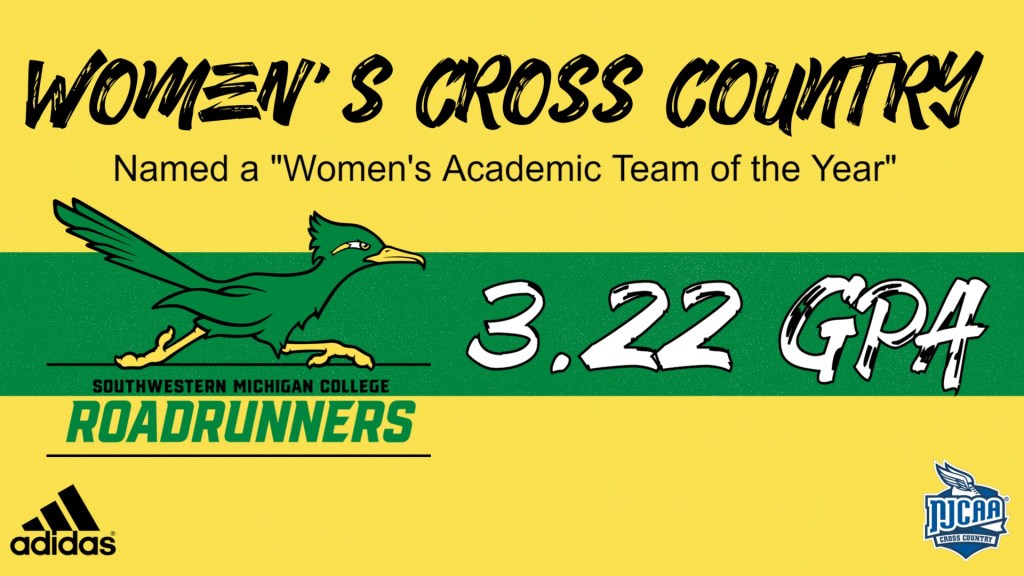 “We are so proud of these student-athletes for their dedication both on the course and in their courses,” said SMC President Dr. Joe Odenwald. “With all the practices, workouts, travel and meets, plus with several of them also working on-campus jobs, this achievement is all the more impressive. We knew that reviving athletics would be attractive for highly-motivated students, and these are the ‘academic receipts’ for our first season back.”

Five Roadrunners were named to the NJCAA All-Academic Second Team: Vanessa Crisenbery of Coloma, Raegan Del Guanto of Union, Adam Frye of Jimtown, Ethan Saylor of Dowagiac and Alec Saylor of Dowagiac. To earn national second-team honors, students must have a GPA between 3.80 and 3.99.

Two Roadrunners were named to the NJCAA All-Academic Third Team: Bailee Shambaugh of Mishawaka and Gavin Smith of Decatur. To earn national third-team honors, students must have a GPA between 3.60 and 3.79.

The 2022-2023 Roadrunners start their season Aug. 1, with the first race scheduled for Friday, Sept. 2, at the St. Francis Twilight Invite at Channahon Park in Channahon, Ill.