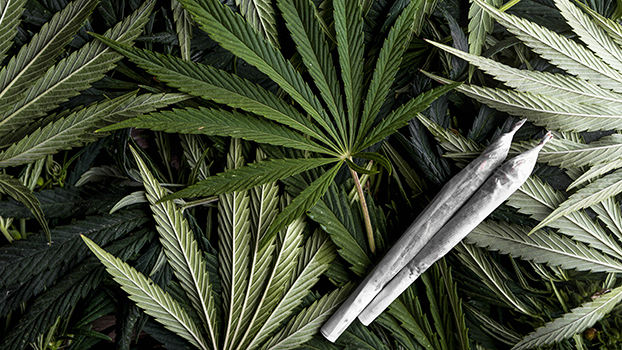 DOWAGIAC — The Dowagiac City Council advanced an ordinance to authorize the operation of and provide regulations for marihuana establishments in the city.

The first reading of the ordinance to amend the zoning ordinance of the City of Dowagiac to allow various types of licensed marihuana establishments within certain zoning districts in the city was read during Monday’s meeting.

The motion was moved and seconded to put the ordinance on the table for a second reading at the next council meeting.

Mayor Don Lyons said that the council has had many discussions on the topic. Dowagiac originally opted out of the marihuana business in May of 2019. He added that in drafting the ordinance, a compromise was reached that would not allow marihuana businesses downtown, but would rather have them on the M-51 corridor.

The Dowagiac Planning Commission held a public hearing on July 5. It recommended that the city council adopt an ordinance to amend the zoning ordinance regarding the rezoning of properties near downtown, central business district text amendments, and marihuana establishment language.

In other business, the council heard a second reading to amend Chapter 82 of the city code pertaining to sewer rates. The amendment was unanimously approved.

Dowagiac has been working since 2018 to secure funding for a major overhaul of the sewage system through a loan with the USDA.

In April 2020, the city issued Notice of Intent for the bonds. Since that time, staff has worked with Dowagiac’s engineers and USDA representative to finalize a plan and bid the projects, as well as, compile all the documentation required for closing. The deadline is tentatively set for the middle of August.

City Manager Kevin Anderson told the council it would be receiving a series of action items moving forward to complete the process.

A resolution was approved for the sale of 3.83 acres of land in the Industrial Park to R&R Upholstery.

Cass County Sheriff Richard Behnke addressed the council about the upcoming 911 millage renewal that is on the Aug. 2 ballot. Behnke said the renewal is 1/5 ($0.20) per thousand dollars against all taxable property in Cass County. It is for a period of four years beginning Dec. 1.

The millage provides funding for the operations of the 911 Central Dispatch. The millage is estimated to raise $487,160 in its first year.

Behnke told the council members that the millage is used to help the county keep up-to-date with technology, such as the ability to text 911. Just about every county in the state, with the exception of the Detroit area, has this new technology.

It came in handy Monday night as Behnke relayed a story about someone texting the dispatch center to get help from the Cassopolis Police Department while he was there earlier Monday night addressing the village council.

The next regularly scheduled city council meeting is set for 7 p.m. July 25.