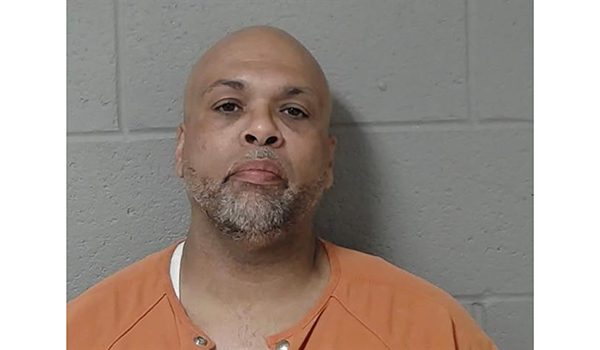 CASSOPOLIS – A Buchanan man who broke into his ex-wife’s home last year and assaulted her and her new boyfriend was sentenced to prison Friday in Cass County Circuit Court.

Douglas Goins, 53, of Buchanan and formerly of Cassopolis, was found guilty of first-degree home invasion, two counts of assault with a dangerous weapon and other charges by a Cass County jury in mid-May. The offenses occurred June 12, 2021 at a home in Calvin Township.

He was also sentenced to 93 days in jail with credit for 163 days served for domestic violence and had other counts of third-degree home invasion and assault and battery dismissed by the court. He must pay a total of $1,784 in fines and costs.

Cass County Assistant Prosecutor Jim Miller called the incident “as grotesque a nightmare as one could imagine” for the two victims. He also noted Goins’ previous criminal record.

Defense attorney Robert Drake pointed out that Goins’ ex-wife had no desire to see him go to jail and asked for a sentence at the low end or below the guidelines.

Goins continued to question the outcome of the trial and said testimony and evidence presented didn’t match.

“We wouldn’t be here today if you didn’t go to her house in the middle of the night and threw a cinder block,” Judge Herman said. “You’re trying to minimize your actions … This was four months after she obtained a personal protection order against you for repeated harassment.”

“You had total disregard for the ppo and you were going to do as you please regardless of what anyone said,” he added. “It’s no wonder she divorced you.”

“You’re 53 years old and been to prison five times in Michigan and one time in federal court,” he said. “You’ve spent approximately 25 of the last 35 years in prison. Your guidelines here are for up to 26 years in prison and I can see nothing in your history and your lack of respect for court orders to deviate lower.”

“You have done repeated stalking and assault and you will just not stop,” the judge added. “Society deserves a break from you.”