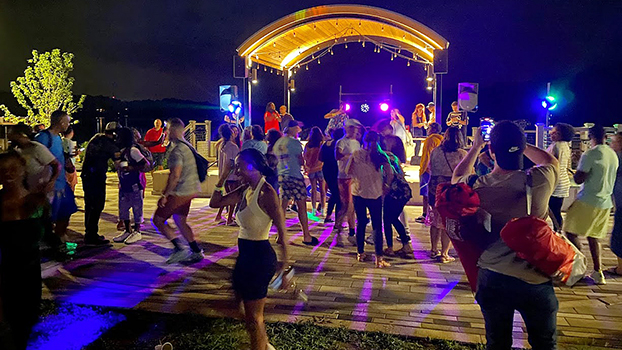 CASSOPOLIS — Set to kick off its second year, the Rock the Block concert series has added a new twist for 2022.

In addition to music, food and a beer garden, event sponsor Cassopolis Main Street Committee has made it possible for local groups to earn money with its Tap Takeover.

The Tap Takeover allows local organizations to run the beer garden during one of the four Rock the Block events, which begin July 16 and wrap up in October, with the tips going to those groups.

The first “Tap Takeover” was during Cassopolis’ Beach Bash in June. The Cassopolis Little League ran the beer tent and were pleased with the amount of money raised in just one evening.

The Cassopolis girls basketball and volleyball teams will take over the tap at the beer garden. Adult volunteers will handle all beer sales.

“We did that for the first time at Beach Bash with Cassopolis Little League and it worked out really great,” said Alexis O’Flynn, who is in charge of community and economic development. “It gave us some extra hands to help, and they were really happy with the money they raised. It was a win-win for everyone, and it helps promote their organization.”

Food vendors will be Wood, Stock & Grill (Sinclair Station), Drive Thru Q and Curly Q’s at the beach. The Tap Takeover will be handled by the Cassopolis Athletic Boosters.

The final two concerts wlll be: