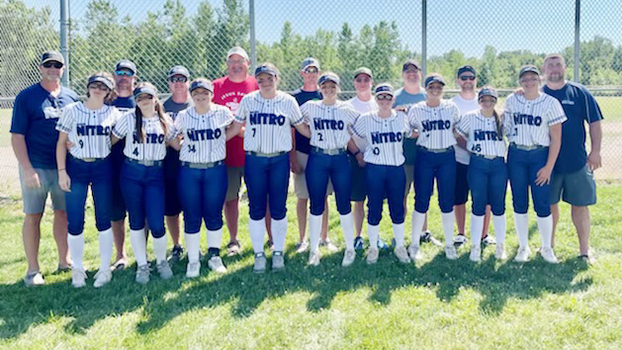 The Niles Nitro team is pictured with their dads after winning a Father’s Day Weekend tournament in Michigan City, Indiana. (Submitted photo)

The Nitro went 1-1 in pool play and then defeated Playmakers 14U 8-7 and Velocity 14U 18-3 to advance to the championship game.

The Nitro captured the championship by beating the Playmakers again, this time 16-0, to claim the title.