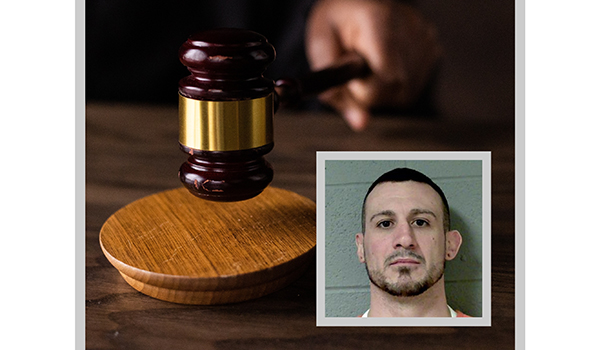 CASSOPOLIS — Fleeing a traffic stop didn’t work out well for an Edwardsburg man who was sentenced to probation Friday in Cass County Circuit Court.

Paul Werntz, 40, of M-62 in Edwardsburg, pleaded guilty to five counts related to a July 31, 2021 incident in Edwardsburg and was sentenced to three years probation in the Adult Treatment Court and $2,846 in fines and costs.

He was given no credit for the 300 plus days he’s spent in jail as he is on parole from an earlier conviction. He will be released from jail to the Adult Treatment Court when a position is open for him.

He pleaded guilty to second degree fleeing police and resisting police as a habitual offender as well as reckless driving, operating without a license and having an open container of alcohol in a motor vehicle. The incident occurred July 31, 2021 in Edwardsburg when police stopped his car. He fled and wasn’t arrested until Aug. 17, 2021.

“I have a terrible criminal history, there’s no excuse for my egregious behavior,” Werntz said Friday. “I exacerbated this ordeal for no reason, I turned a traffic stop into a terrible situation. I’m tired of these situations and letting myself and others down. I want to be an upstanding member of the community.”

“Honestly prison is the easy way out, probation will be harder on me,” he added.

“You exacerbated a minor traffic incident and turned it into a major felony,” Cass County Circuit Judge Mark Herman agreed. “This could have been a couple of minor misdemeanors. It was pretty foolish to run, you’re now facing six years in prison.”

“This is not the first time you’ve run and resisted police,” the judge added. “You’ve done it five different times. Did it ever turn out better for you to flee? You’re a slow learner, maybe this case will finally drive that point home.”

Judge Herman warned Werntz that he will sentence him to prison at the top end of the guidelines if he violates this probation. “I can’t imagine you want to spend the rest of your life in prison,” he said. “You say you want to complete this probation and get as far away from Michigan as possible. Michigan isn’t the problem, you are.”