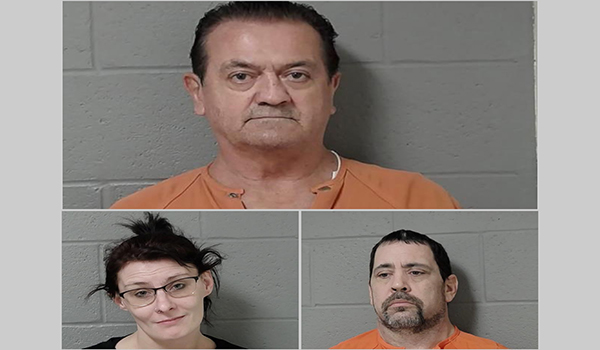 Timothy Heffington, 63, of Gage Street in Dowagiac, pleaded guilty to possession of meth and maintaining a drug house as a habitual offender and was sentenced to three years probation in the Adult Treatment Court, completion of the Twin County Probation Program, credit for seven days already served and $2,696 in fines and costs.

The incident occurred Nov. 30, 2021 when police executed a search warrant at Heffington’s home in Dowagiac and found meth and meth paraphernalia.

“At age 63, he needs to stop being involved in drugs and criminal activity,” Cass County Prosecutor Victor Fitz said. “He needs to stay in the program. When you’re a kid, you act like a kid. When you’re a man you need to put away your childish ways. You need to get serious and get sober. If you come back here again, I will be asking for prison.”

Heffington said he wants to get off drugs. “I just want to get clean and stay clean for the rest of my life,” he said. “I’m tired of living the way I was, I’m tired of it. I want to learn to stay clean.”

Cass County Circuit Judge Mark Herman warned Heffington that he could face jail or prison if he violates his probation. “Enjoy your golden years, don’t spend them behind bars,” he said. “Get your life straightened around.”

Matthew Steele, 45, of Millburg Drive in Benton Harbor, pleaded guilty to possession of meth and was sentenced to 18 months probation, credit for 93 days served and $2,148 in fines and costs.

The incident occurred Jan. 16 in Dowagiac when police stopped his car for not having headlights. They found meth in a backpack in his vehicle.

“You’re 45 years old and you’ve used meth daily since 2019, you’re playing with fire,” Judge Herman said. “Any other conviction will likely put your guidelines in prison territory. Now is the time to change your ways or you will have to face the piper.”

Defense attorney Greg Feldman said that the time Steele spent in jail gave him the chance to think about his life. “He said it was a blessing to be arrested so he could take a look at his life,” he said. “He’s making good efforts in life to turn it around.”

Andrea Skoda, 23, of Jay Street in Dowagiac, pleaded guilty to possession of meth and was sentenced to 18 months probation, credit for one day served and $2,148 in fines and costs.

“She’s literally at the proverbial fork in the road,” Feldman said. “She can continue to turn things around or continue to have convictions. She is looking forward to going back to work, she has to start taking care of herself and her problems … She needs to take the correct fork in the road.”

“What is disappointing to me is that you have two young children under age five and you say your kids tell you you are a good mother,” Judge Herman said. “You want to give them a better life but you can’t do that if you’re using meth. Drugs and children don’t go together.”

Devin Shiflett, 21, of Townhall Road in Dowagiac, pleased guilty to possession and use of meth and was sentenced to 18 months probation, credit for 12 days served and $2,573 in fines and costs.

The incidents occurred March 13 and June 20, 2021 when police stopped the car she was driving and then a car she was a passenger in and found meth. She also faces charges in St. Joseph County, Indiana.

Fitz noted that Shiflett started off her substance abuse problems using marijuana and alcohol and now uses meth. “She needs to hear this that it will be a lifelong struggle with meth,” he said. “She needs to find a program to make sure you never use it again.”

Wolverine: No damage to fuel pipeline in Cassopolis