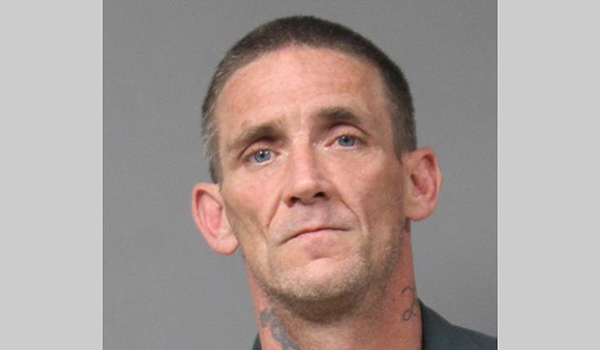 Jesse Paul Arnold, 41, pleaded guilty to third offense drunk driving and was sentenced to 23 months to five years in prison. He has credit for 51 days served and must pay $198 in fines and costs. His prison term will include 12 months of mandatory rehabilitation.

Arnold previously served a prison term for third offense drunk driving in 2016. He has a total of seven previous drunk driving convictions.

Defense attorney Scott Sanford noted that nearly all of Arnold’s past criminal convictions involved alcohol. “He knows he has an alcohol problem and he’s getting too old for this,” he said.

“I apologize for taking the court’s time,” Arnold said. “I know I’m too old for this. I have spurts of sobriety and then I start drinking again. I’m addicted.”

Judge Schrock said that the problem is when Arnold gets behind the wheel and drives. “I’m not sentencing you because of your alcohol addiction, but because you got behind the wheel of a car,” he said. “The decision you made after drinking is what got you here today … There are two decisions-to drink and to get behind the wheel-they are separate.”

The judge said he couldn’t responsibly keep “throwing” probation programs at Arnold and saw no other choice except to send him to prison.

Brian Rosswell Bailey, 29, pleaded guilty to third offense domestic violence and was sentenced to 24 months to five years in prison. He has credit for four days already served and must pay $198 in fines and costs.

The incident occurred Oct. 12, 2021. Bailey also faces criminal charges for resisting and obstructing police in Cass County. The victim spoke before the sentencing and called it a sad situation that he keeps getting away with his actions.

“You’re the one standing here and you’re deflecting and deflecting and saying it’s someone else’s fault,” the judge said. “Until you get to the point when someone figuratively will whack you on the side of the head, nothing’s going to change.”

“Either you’re going to change or not,” he added. “You need to do something about what causes you to behave this way or you’ll be right back here again.”