Vehicle ends up in Christiana Creek 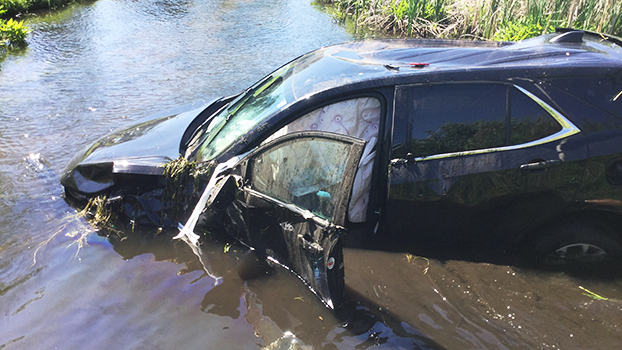 According to deputies with the Cass County Sheriff’s Office, Benton Harbor resident Juanita Defay, 70, was traveling east on Brownsville Street when her vehicle veered off the roadway striking the northern guardrail for Christiana Creek.

The vehicle then flipped over several times landing upright in Christiana Creek. Defay had to be pulled from the vehicle by emergency personnel.

Defay was wearing a seatbelt at the time of the crash and alcohol was not a factor. Defay was transport to Lakeland Niles Hospital by Edwardsburg Ambulance.