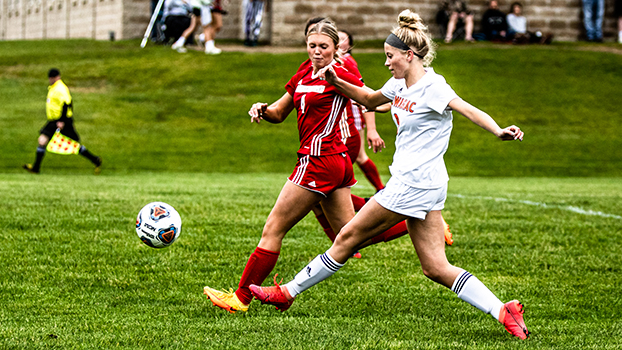 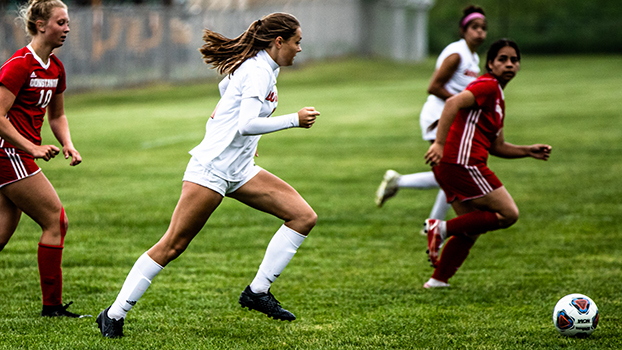 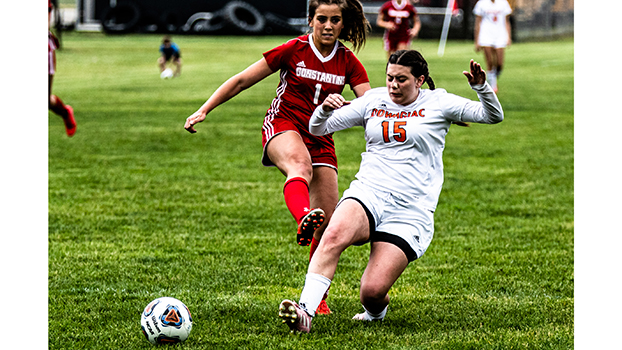 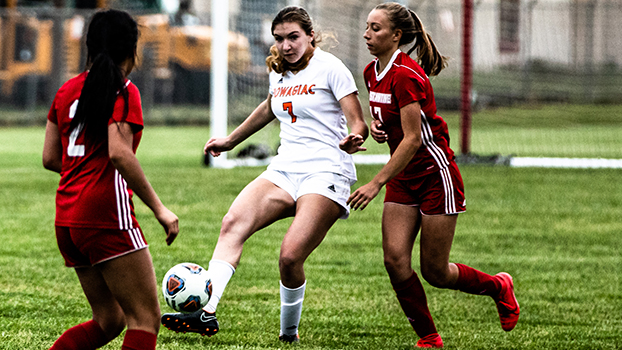 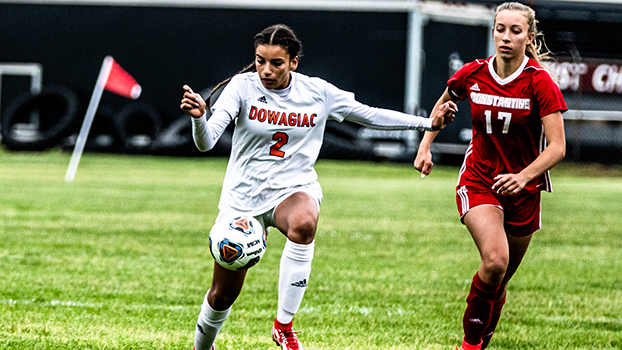 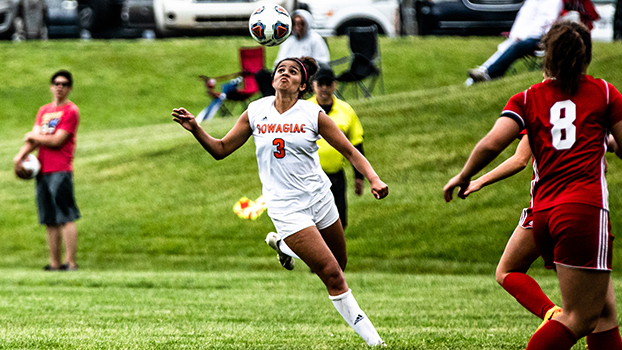 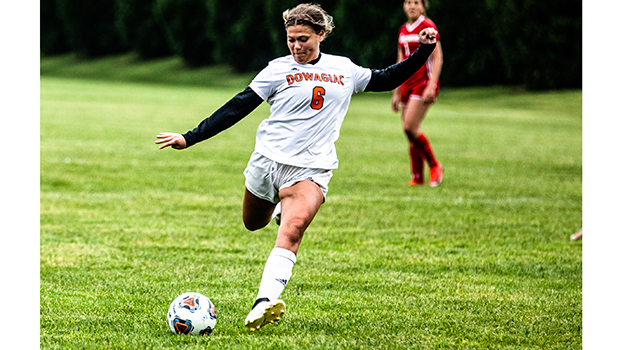 CONSTANTINE — Visiting Dowagiac got off to a slow start in its opening round match Friday, but the Chieftains finished with a flurry to advance to the semifinals.

Host Constantine got on the board first and maintained a 1-0 lead until the closing seconds of the first half when Halie Saylor beat the clock and tied the match at 1-1 heading into halftime.

Dowagiac Coach Chad Davis felt that goal changed the completion of the match, which had seen his team play uncharacteristically in the first 40 minutes.

“We did not play well in the first half,” he said. “We came out nervous and the legs were jittery, and they weren’t themselves. We had to calm them down at halftime and tell them it that first half was over, and now we can settle down and play. That was a huge goal. That is why we tell them to keep playing and not to shut it down early. If you shut it down early you limit your opportunities.”

In a reversal of the first half, Dowagiac dominated play and kept the ball and the pressure at Constantine’s end.

The results were three goals and a victory to advance the Chieftains to the district semifinals against a familiar foe in South Haven. Dowagiac and the host Rams played to a 1-1 at the Chieftain Invitational in early April. South Haven enters the game with a 16-3 overall record.

Jessa Davis scored the winning goal early in the second half before teammates Emma McCrorey and Khloie Goins added goals to give the Chieftains the convincing victory.

“We moved the ball quite well in the second half,” Davis said. “We try to get them to push 50 or 60 passes in a half and helps us opening thing up.”

Wednesday’s match at Ratcliffe Field is scheduled to begin at 6 p.m.

In the other semifinal, Watervliet will host Three Rivers after edging district host Berrien Springs 3-2 in double-overtime.