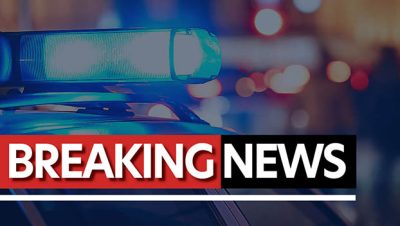 Cassopolis High School went on lockdown Friday after officials reported seeing a man on Ranger Drive with a firearm.

The Sheriff’s Department received a report of a subject with a firearm near Cassopolis Schools at 10:47 am.

The subject was in his vehicle, on the road, in the area of Kamp Kozy Street and Ranger Drive, near Ross Beatty High School in Jefferson Township, according to a release from Sheriff Richard J. Behnke.

School officials had spotted a subject “standing outside of his vehicle with what appeared to be a long-barreled rifle,” the statement said.

“In less than three minutes from the time dispatch took the initial call, responding units contacted the individual involved, who claimed that he was small game hunting in the neighboring field,” the sheriff’s statement said. “The subject was in possession of several firearms including a handgun, two rifles with scopes and a pellet rifle with a scope.”

Behnke said the subject did possess a valid Concealed Pistol License and was in possession of a valid small game hunting license.

However, school administrators advised that Ranger Drive is in fact school property. “The firearms and Concealed Pistol License have been confiscated,” the sheriff said.

Cassapolis High School was in lockdown during the incident, and deputies cleared the school, finding no one who did not belong. “Nor was there any threat to staff or students at the time the case was cleared,” the sheriff said.

No one was injured in the incident.

Officials said they are withholding identifications pending a review from the Cass County prosecutor.