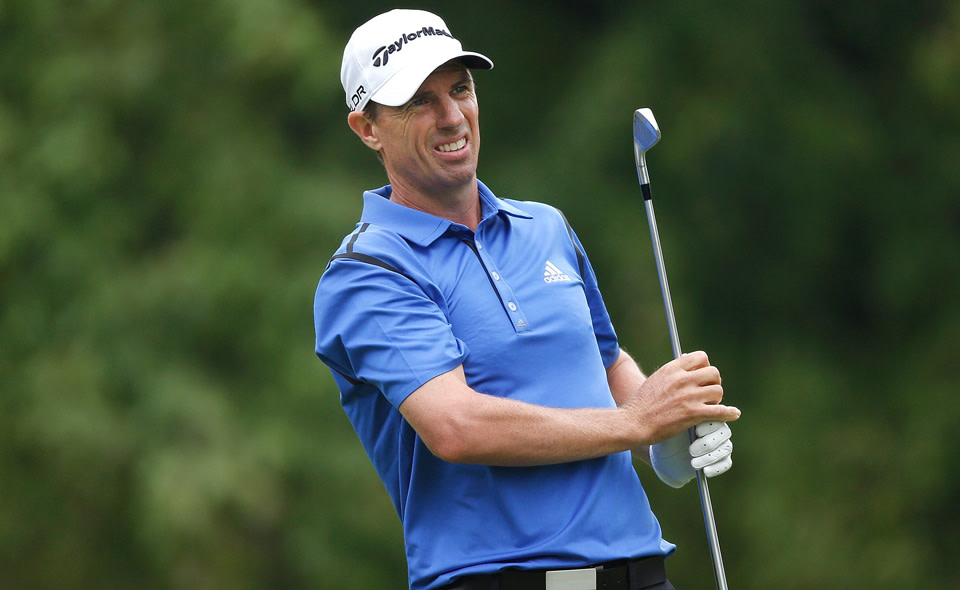 The pair took a one-stroke lead into today’s second round over Mike Weir and Paul Claxton, who both shot 65 Thursday. Right behind him were Robert Karlsson (66), Miguel Angel Jimenez, Dicky Pride, Ernie Els, Woody Austin, Shane Bertsch, Thomas Levet, Chris DiMarco, Mark Hensby, Joakim Haeggman and Gene Sauers, all of whom finished with an opening-round 67.

Alker opened the tournament with an eagle on the opening hole, which for him was Harbor Shore’s infamous No. 10, which course designer Jack Nicklaus rolled in a 100-foot putt during its dedication in 2016.

“Well, I got No. 10 green out of the way so that was a good thing,” he said. “Two nice shots down there and then just kind of got rolling. Hit some nice wedges close and made a couple of putts early on. Then I think I had a three-putt somewhere. Just kind of slowed down the ship a little bit. Caddie and I just said, there’s not much wind, let’s keep going at some flags. That just kind of kept me going. I started my back nine, the front nine, well. It was nice to keep the momentum and keep going.”

Here are some opening round notes about the first-round leaders provided by the PGA:

• Marks his 15th consecutive round of par or better

• Is 1-for-2 converting those into victories

• Making his seventh start of the season, his best finish is fourth (Rapiscan Systems Classic)