DOWAGIAC — Entering the final game of its Wolverine Conference softball doubleheader against host Dowagiac, Edwardsburg was undefeated in league play and had won 20 of its last 22 games.

Apparently, the Chieftains did not care about either of those things and the Eddies were not prepared for what was about to happen.

After winning the first game of the doubleheader 16-5, Edwardsburg improved to 13-0 in league games, with Plainwell remaining on its schedule next.

In their last four conference games, the Chieftains were 2-2 and were 6-5-1 in all league contests.

Dowagiac dominated Edwardsburg in the nightcap Tuesday night, winning the second game 12-2 behind a solid pitching performance from Sierra Carpenter and a 10-hit attack on offense.

Eddies’ Coach Dean Dixon said his team was not focused for the second game, but said the Chieftains earned the win by playing better softball.

“Our team went into today having won 20 out of 22 games,” he said. “One of the worst things you can do is get lackadaisical as a team, and that is what we did in the last game. I give Dowagiac credit, they hit the ball in timely situations the second game and we didn’t.”

“It was nice to see us rebound that second game and play really solid defense,” he said. “I told the girls in between games, I said that first game was close than what the score indicated. We just need to go out there and make some plays. I told them we were an inch or two away three or four times from making a play that first game that would have saved a bunch of runs. I told them if we make them in the second game, it will be a different outcome, and it was.”

Edwardsburg led 3-2 when the floodgates opened in the fourth and fifth innings in the opener. The Eddies scored seven runs in the fourth to break the game open and added six more in the fifth to turn it into a rout.

In those two innings, Edwardsburg took advantage of three errors, three walks, an intentional walk and one batter who was hit by a pitch to score 13 runs. The Eddies compounded those self-inflicted wounds with a double by Averie Markel, an inside-the-park grand slam by Caitlin Tighe and four singles.

The Chieftains (14-9-1 overall) did not go quietly and set the stage for the second game by scoring three times in the bottom of the fifth, nearly extending the game beyond five innings.

Edwardsburg (24-8 overall) finished with 12 hits, led by Tighe, who was 2-for-2 with the grand slam and five RBIs. Lindsey Dalenberg was 3-for-3 with an RBI, while Markel, Samantha Baker and Lani Hardin all doubled.

Dowagiac had seven hits, led by Sierra Carpenter, who was 3-for-3 with a pair of doubles and two RBIs. Sarah Allen also doubled.

The Chieftains jumped on Edwardsburg right off the bat in the nightcap, scoring two in the first and three in the second to take a 5-0 lead. The Eddies scored solo runs in the fourth and fifth inning, but in each case, Dowagiac came back in the bottom half of the inning and scored multiple runs.

Carpenter, after taking the loss in the first game, got the complete backing of her head coach before going out into the circle for the second contest.

“Sierra pitched a whale of a game for us,” Behnke said. “She did that against them last year too. I knew she could. I had a talk with her after I took her out of the first game. ‘I said hey, you are coming back the second game. Go get them.’ Boy, did she.”

Carpenter scattered eight hits and allowed just one earned run in picking up the victory.

Dowagiac had seven hits in the contest, led by Carpenter, who was 2-for-4 with a double and three RBIs for Dowagiac. Caleigh Wimberley was 2-for-3 with two RBIs, while Lyla Elrod doubled and Aubrey Busby homered.

Tighe led Edwardsburg, who had eight hits, as she was was 3-for-4 with a home run.

The Eddies are back in action today as they are scheduled to host Plainwell, weather permitting.

Dowagiac will host Decatur in a non-conference doubleheader Thursday, weather permitting, where it will honor its seniors — Carpenter, Calley Ruff, Sarah and Emma Allen, Riley Mott and Taylor Wimberley. 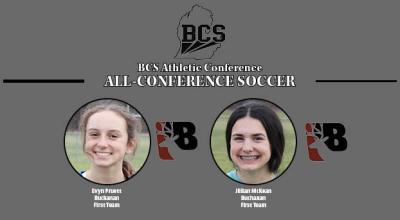 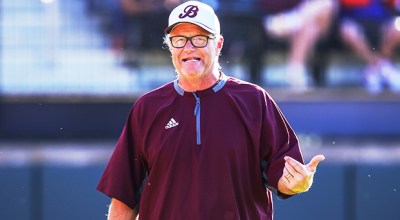