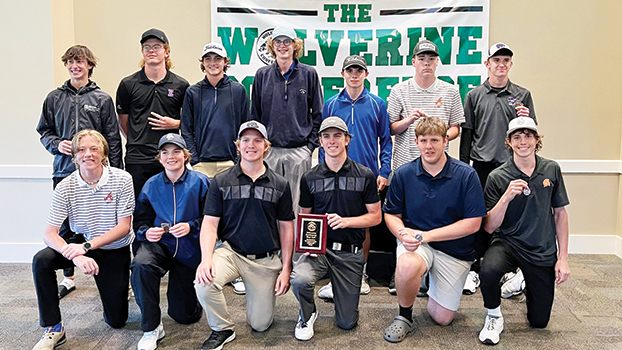 The Bulldogs shot 346 as a team to top Plainwell, which finished 12 strokes back with a 358. Allegan finished third with a 361.

Niles took seventh place with a score of 376, while Edwardsburg was eighth with a 377 and Dowagiac 10th with a 392.

Josiah McClelland, of Vicksburg, was the medalist as he finished with a 77. Niles’ Evan Bruckner was the runner-up as he shot 79 in the rainy conditions. Both earned All-Wolverine Conference with their finishes.

The Eddies were led by Andrew Kurowski and Ethan Emenaker, both of whom shot 88 to earn first-team All-Wolverine Conference.

The Chieftains were led by Abraham Guernsey, who shot 91, to earn honorable mention All-Wolverine Conference honors.