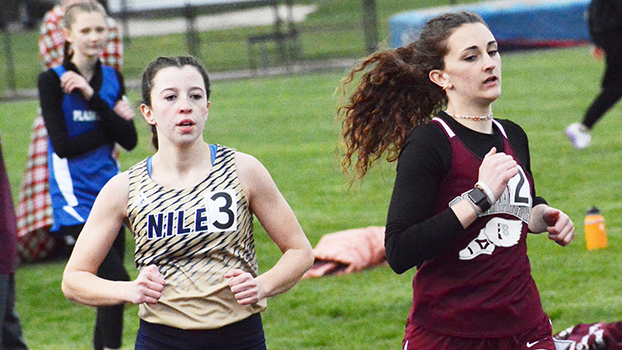 The Buchanan boys track team finished third at the Constantine Invitational behind the host Falcons and runner-up Schoolcraft, while the girls team was also third behind Quincy and Kalamazoo Hackett.

At the Gobles Little Guys Invitational, Brandywine finished fifth in the boy’s standings and 10th in the girl’s standings.

The Cassopolis boys and girls track teams went to the John Green Mendon Invitational and finished seventh overall. Centreville won the boy’s portion of the meet and Athen the girl’s portion.

Brady Thompson won the boy’s high jump with a height of 6-feet. He finished second in the long jump with a leap of 18-feet.

The Bucks’ 3,200-meter relay team, which consisted of Miller, Maddix Roberts, Sydney Greaves, and Young took first place with a time of 11:13.01.

Claire Leitz won the pole vault with a height of 8-6.

Brandywine’s Kevin Roberts won the boy’s pole vault with a height of 11-9.

For the Cassopolis girls team, Alexis Millirans finished third in the shot put with a toss of 32-8.