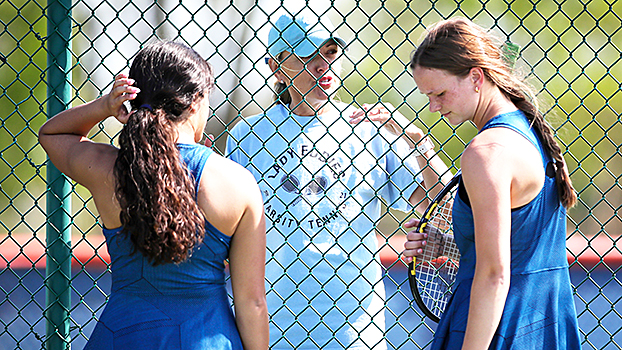 The Bulldogs, who were the host of the tournament, split the singles flights with the Tigers and won a pair of doubles championships to earn the team title.

The Eddies had one champion as Ella Castelucci and Kaitie Schaible defeated Allison Herald and Jessica Eash, of Sturgis, 6-4, 4-6 and 6-2 at No. 3 doubles.

Edwardsburg’s Claire Deak was a runner-up at No. 2 singles after falling to Otsego’s Lexi Layman 6-4 and 6-4.

Leah Hosang was third at No. 1 singles, while Zoe Wimberley and Mackenzie Vargo were fourth at No. 4 doubles.

Niles’ Zoe Gondeck and Anna Johnson were the runners-up at No. 2 doubles. Sydney Schiele and Cadence Knight fourth at No. 1 doubles.