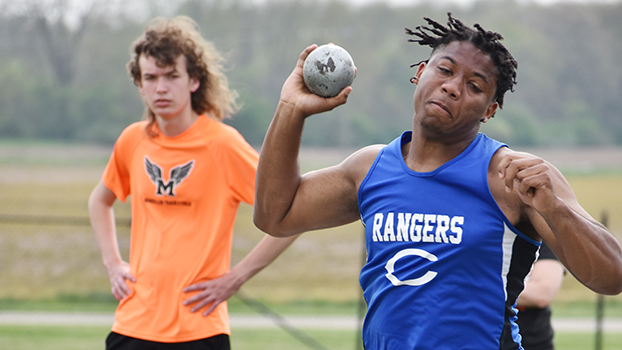 CASSOPOLIS — Cole Millirans and Jermain Williams was a double winner for Cassopolis at the Southwest 10 Conference tri-meet at William F. Scott Field Tuesday. 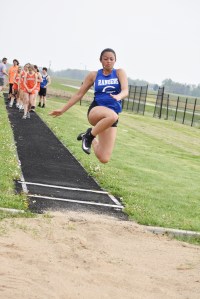 The Ranger girls track team were swept by the Bulldogs and Wildcats. (Photo courtesy Rachele Ward)

Centreville dominated the meet to capture the boys conference championship. The Bulldogs swept the Rangers and Marcellus to go 9-0 in league meets this spring.

On the girl’s side, Centreville and Marcellus came into the meet tied at 7-0. The Bulldogs dominated the meet to sweep the Wildcats and Rangers to wrap up the conference championship.

Millirans won the 300-meter intermediate hurdles with a time of 46.10, while he was also a member of Cassopolis’ winning 400-meter relay team, which posted a time of 47.21. Jermain Williams, Alek Dahlgren and Zachary Thammavongsa were the other unit members.