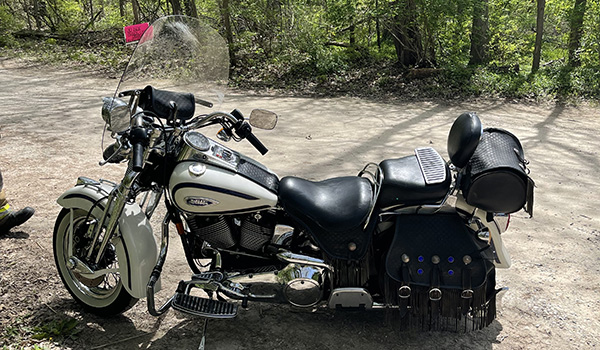 NILES — A couple was hospitalized after a two-motorcycle crash in Howard Township, according to the Cass County Sheriff’s Department.

According to a CCSD press release, deputies responded to a personal injury accident of two motorcycles on Conrad Road near Pine Lake Street in Howard Township at approximately 12:44 p.m. Upon arrival, deputies found that Cheryl Soos, 66, of Mishawaka, Indiana was traveling with her husband Barry Soos, 71, of Mishawaka, Indiana.

The Sooses were traveling northbound on Conrad south of Pine Lake Street when Barry Soos came to a stop and Cheryl had to go around Barry, striking his motorcycle cargo bag with the cargo bag on her bike, sending Cheryl and Barry both to the ground.

The couple was checked at the scene and transported to the St. Joseph Health Center in Mishawaka, Indiana for their injuries. Helmets were not worn in this crash by either driver.  Drugs and alcohol were not factors in this crash.

Assisting agencies on the scene were the SMCAS Ambulance service, and the Howard Township Fire Department.