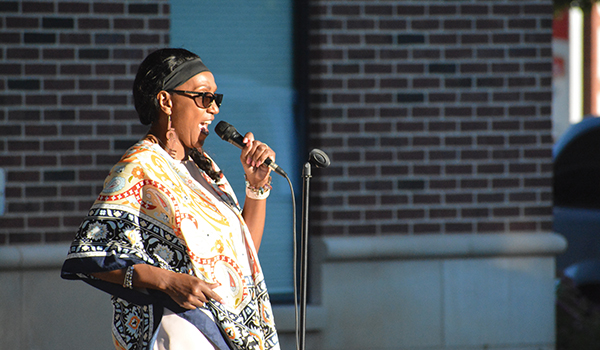 DOWAGIAC — Let there be songs – and smells – to fill the air.

Dowagiac’s Music in the Park summer concert series is set to return with a new location, food vendors and an updated musical direction from a new event coordinator.

Performances this summer will be hosted at the Dowagiac Library Event Pavilion on the corner of New York Avenue and Main Street every Thursday from June through August. In addition to allowing food vendors, the Dowagiac Downtown Development Authority is offering a $100 subsidy per concert for one food vendor who applies to the event.

“We understand that people aren’t flush with staff to try and do a vending experiment, so we’re putting our money where our mouth is when it comes to bringing vendors out,” said DDA board member and event organizer Zena Burns, adding the number of vendors will depend on how many apply.

Burns comes with a wealth of music industry experience, from working at a record label in the late 90s to co-producing the iHeartRadio Music Festival. She spent time as entertainment director for Teen People, and has been a senior executive on the media and entertainment industries for more than 20 years. She takes over concert organizing duties from recently-retired Vickie Phillipson.

According to Burns, the concerts will feature an even mix of bands who have previously played Music in the Park and new bands.

“We’re just sort of refreshing things this year,” she said. “I’m really excited for some of the bands we are about to announce. … We’re going to try and make it more of a festival environment than it has been.”

Before making any changes, Burns and the DDA made sure to get input from the community. They conducted a survey and got responses from nearly 100 community members.

“The highlights were that people enjoy a diverse selection of music each week,” Burns said. “They enjoy spending time with friends and family outdoors at a free event. … When we asked what would make them more likely to attend, food vendors were far and away the top answer.”

In addition to the on-site food vendor program, a new Music in the Park website will also post information from local businesses that have Thursday night specials they want to promote to the Music in the Park audience. Those specials will be posted at no cost to the business.

“The Music in the Park summer concert series has long been a wonderful way to bring the community together at a free event to enjoy each other’s company, as well as all downtown Dowagiac has to offer,” said Dowagiac City Manager Kevin Anderson. “With the series’ move to the beautiful new location at the Dowagiac library, we felt this was the perfect time to expand the events’ offerings to broaden its considerable appeal to the community.”

As has been tradition, the series will kick off with a performance by the Southwestern Michigan College Brass Band on June 2. The full lineup will be announced in the coming weeks.