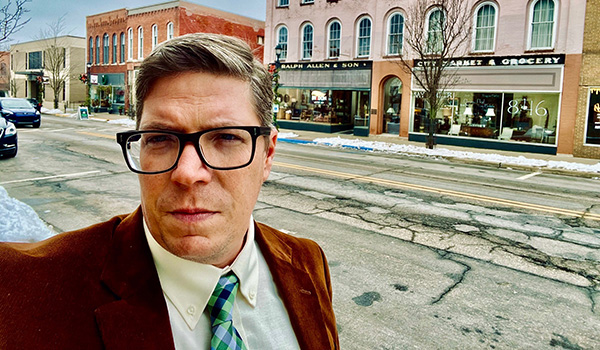 BUCHANAN — A local government official has been chosen to participate in a national seminar next month.

Murphy will be one of two community leaders representing the State of Michigan at the seminar. Michael Glees, a high-ranking member of the United States Agency for International Development, nominated Murphy for the opportunity.

“Over the past 14 years, Richard Murphy has tenaciously pursued his ambition to revitalize small, midwestern cities, creating visions for them to emerge from industrial, manufacturing pasts and reinvent themselves to grow in the twenty-first century,” writes Glees in his nomination. “He demonstrated his skills as a leader, strategic thinker, and effective planner in bringing to realization transformational efforts that leveraged over $500 million in outside resources for catalyzing projects that revitalized the city’s image, public transportation, infrastructure and educational opportunities.”

The U.S. Army War College was founded by Secretary of War Elihu Root and U.S. President Theodore Roosevelt, and formally established in 1901. The mission is to educate and develop leaders for service at the strategic level while advancing knowledge in the global application of landpower. Notable alumni include Dwight D. Eisenhower, William Westmoreland, Alexander Haig, Norman Schwarzkopf, and Tommy Franks.

“This is the U.S. Army engaging our civilian leadership in the conversation on National Security. It’s a great honor to attend this seminar with the Class of 2022 and represent the City of Buchanan and the State of Michigan at this historic institution that has produced a long list of distinguished U.S. Generals and Presidents,” Murphy said on Friday. “I look forward to networking with other community leaders and bringing home best practices to implement on the local level that will speak to local and national security issues.”