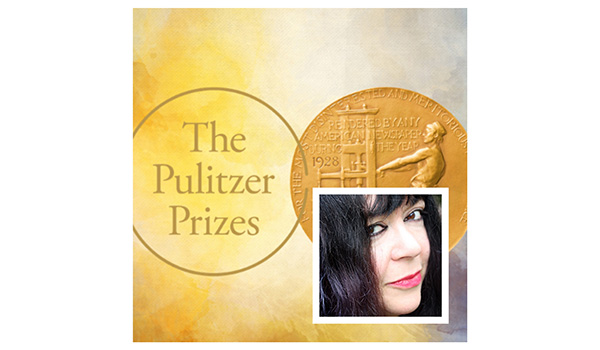 NILES — A local poet added a Pulitzer Prize to her long list of achievements.

Famed poet Diane Seuss has been awarded a 2022 Pulitzer Prize in Poetry for “frank:sonnets,’ a collection of poems that discuss topics including addiction, disease, poverty, abortion and death. The collection also won both the PEN/Voelcker Award for Poetry Collection, the National Book Critics Circle Award for Poetry and the LA Times Times Book Prize for poetry.

The Pulitzer Prize committee described the book as “a virtuosic collection that inventively expands the sonnet form to confront the messy contradictions of contemporary America, including the beauty and the difficulty of working-class life in the Rust Belt. ”

Presented by Columbia University, the Pulitzer Prize is an annual prize awarded for excellence in fields including journalism, photojournalism, fiction and nonfiction books, drama, poetry and music, primarily awarded to U.S. citizens and U.S.-based publications. It is widely considered to be one of the most prestigious honors in these fields.

Born in Michigan City, Indiana, Diane Seuss was raised in Michigan and graduated from Brandywine High School in 1974. She went on to earn a bachelor’s in creative writing from Kalamazoo College in and an MSW from Western Michigan University.

She has taught at institutions such as her alma mater Kalamazoo College, Colorado College, the University of Michigan, Washington University in St. Louis and for the Stonecoast MFA program. Seuss was a 2020 Guggenheim Fellow and a recipient of the 2021 John Updike Award from the Academy of American Arts and Letters.

Her work has appeared in publications such as the Missouri Review, Poetry, Gulf Coast, The New Yorker Poetry and more.