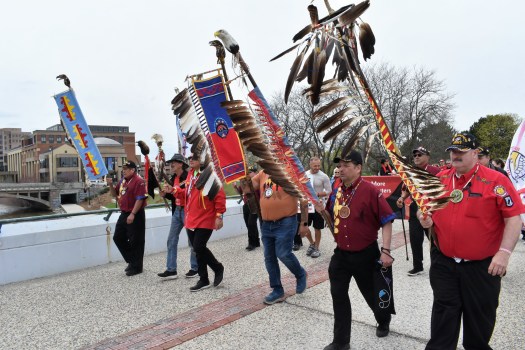 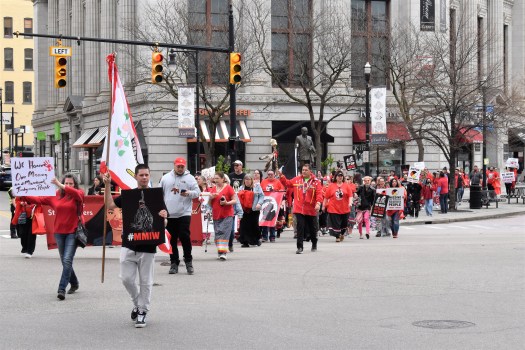 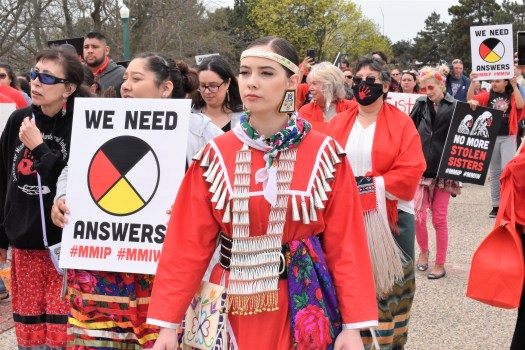 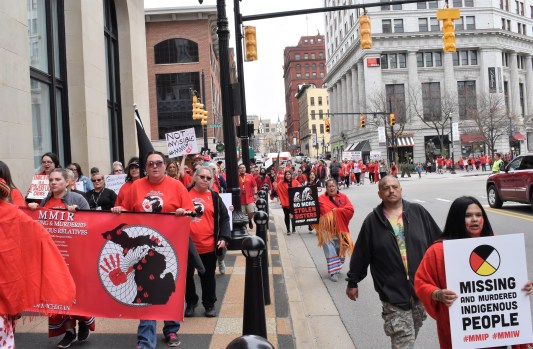 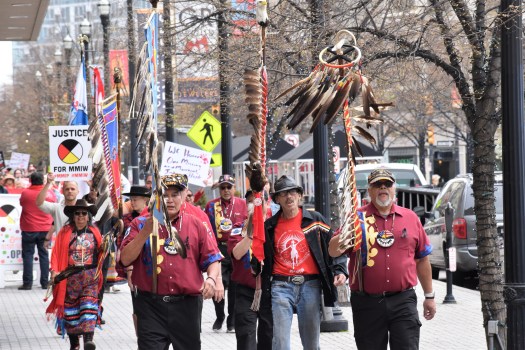 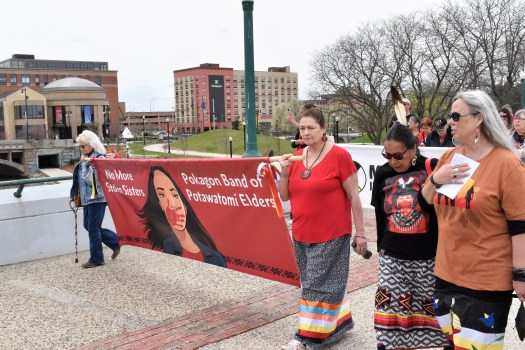 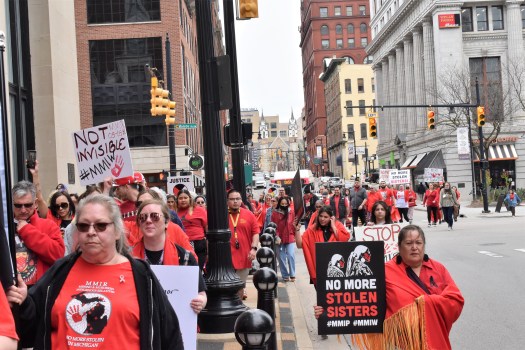 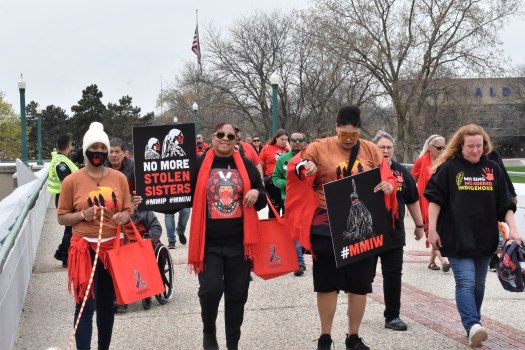 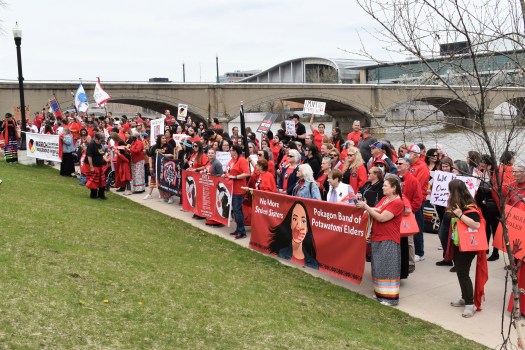 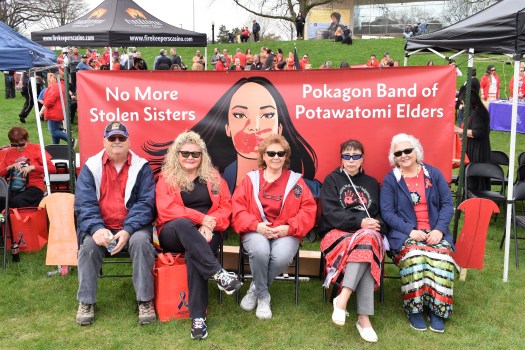 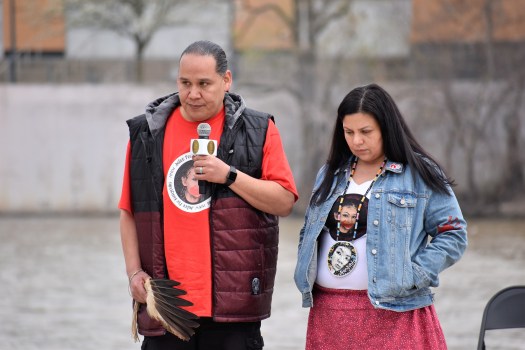 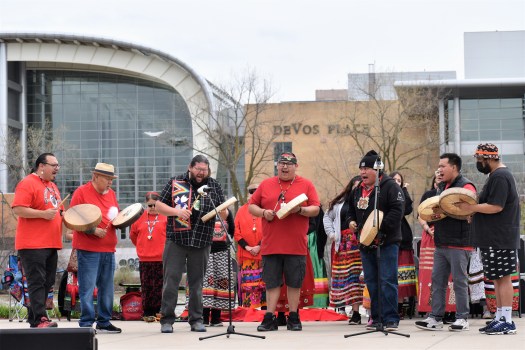 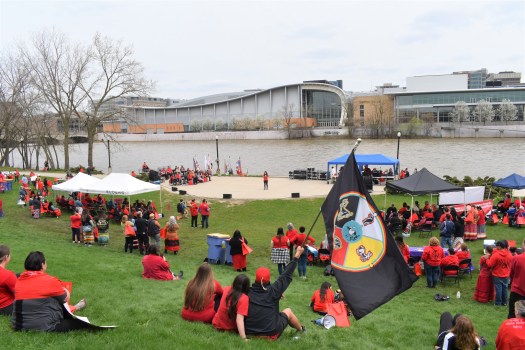 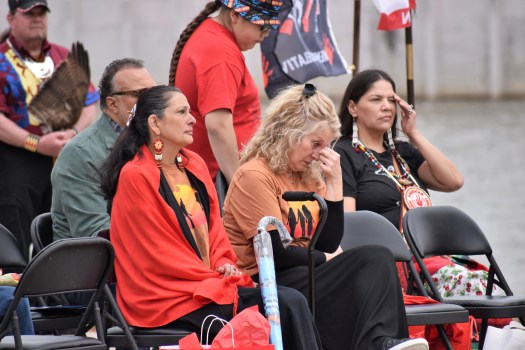 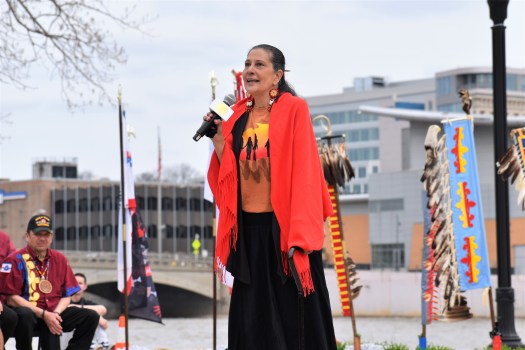 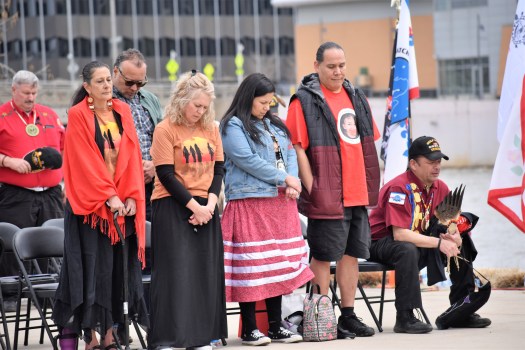 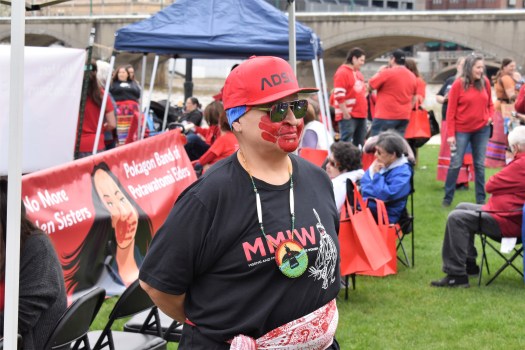 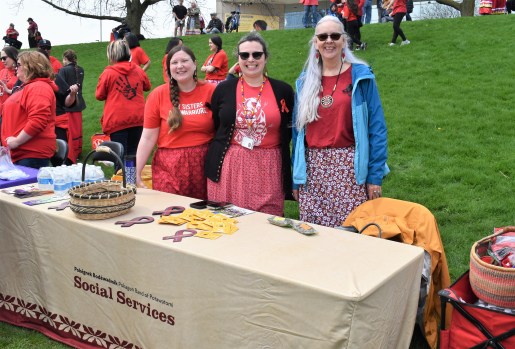 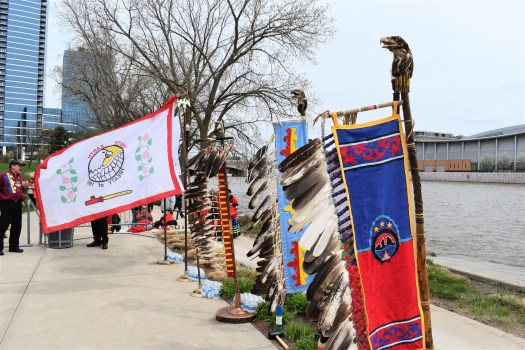 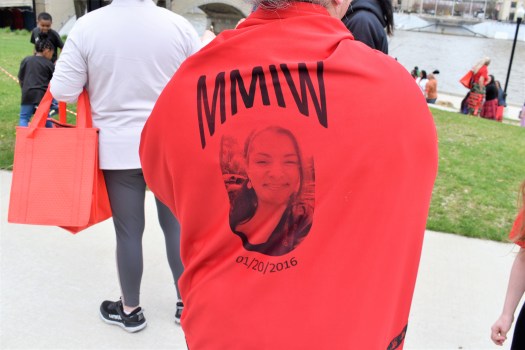 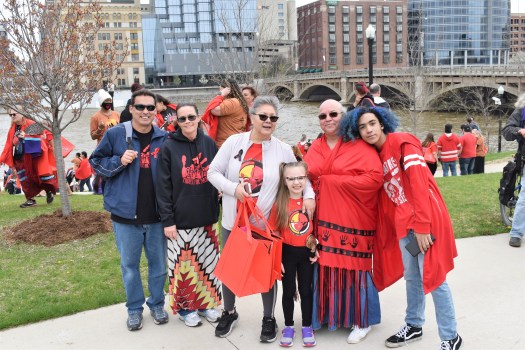 GRAND RAPIDS — Hundreds of indigenous people and allies from across Michigan gathered Thursday at Ah-Nab-Awen Park in Grand Rapids for a march through the city to remember Missing and Murdered Indigenous People.

Hosted by Dowagiac’s Pokagon Band of the Potawatomi, along with the Nottawaseppi Huron Band of Potawatomi and the Match-E-Be-Nash-She-Wish Band of Pottawatomi, the event featured a sacred water ceremony, native drumming and singing, speeches by the parents of a murdered indigenous girl, a proclamation reading by a representative of Gov. Gretchen Whitmer’s office and more.

Elders from each tribe led a march through downtown Grand Rapids, returning to the symbolic mounds at Ah-Nab-Awen representing ancient burial mounds built prior the construction of Grand Rapids.

Stay tuned for more coverage of this event.