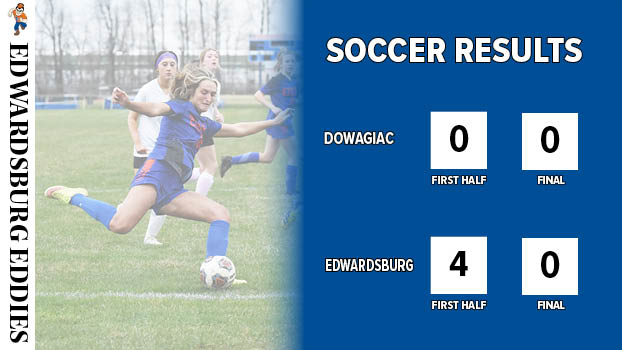 Madison Ahern had the other goal for Edwardsburg.

The Eddies held the Chieftains to nine shots on goal. Dowagiac goalkeeper Triana Lee had 15 saves.

“We got out to an extreme slow start and found ourselves in the hole right away,” said Dowagiac Coach Chad Davis. “We didn’t settle into the game until late in the first half and the girls finally started playing.”

The loss dropped the Chieftains to 5-4-2 overall and 2-3 in conference matches.

The visiting Bobcats and Shamrocks ended up in a 2-2 draw in their BCS Athletic Conference Red Division match Wednesday.

The two teams also tied in shots on goal with seven apiece.