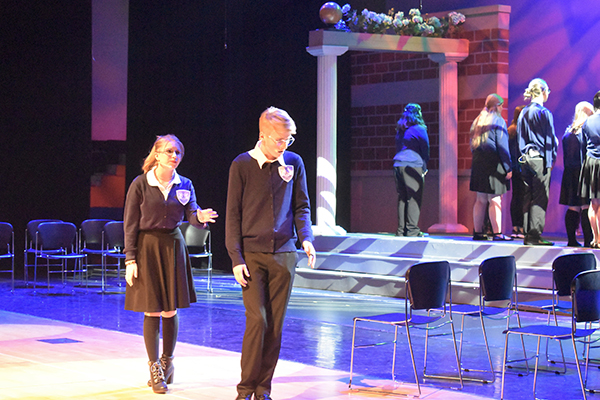 DOWAGIAC — Local high school drama students will get a taste of the Tony Awards this month, thanks to a first-time regional award show.

The Dowagiac Drama program has been nominated for nine Wave Awards, including Outstanding Musical Production, for its most recent performance, “Ranked, A Musical.” They also have been invited to perform a song from Ranked during the awards ceremony, which will take place at Lake Michigan College’s Mendel Center Main Stage on Tuesday, May 17 at 6:30 p.m.

Loosely designed after Broadway’s famed Tony Awards, the Wave Awards are meant to recognize, encourage and promote excellence in high school musical theatre, according to the SMC website. The awards ceremony will also provide an educational opportunity to students by giving them written feedback from various arts professionals, as well as scholarship opportunities.

“Ranked” is set in a modern school where students are defined by their rank on a competitive academic leaderboard, and students will do whatever it takes to get to the top of the leaderboards. Students who are “above the average” are considered better-than, while “below the average” students are outcasts destined for failure. When rumors start to spread that some students – or their parents – are paying for inflated grades, the entire system gets turned upside down.

Individually, Amelia Jones and Ryan Robison were nominated for Outstanding Lead Actor and Outstanding Supporting Actor, respectively. Jones played the role of Jordan Carter, a student at the top of her class whose mother was dying of cancer, but demanded her kids put school as the top priority. When Carter’s mother died, it changed the character’s priorities.

“They missed out on those last moments with her, and they realized there are more important things in life than just your rank,” Mammel said. “This part was practically written for Amelia. Vocally, it was right in her wheelhouse, and she really ended up relating with the character.”

Robison played Ryan Summers, a twin whose sister was always at the top of the rankings while he lagged behind. When his parents are accused of paying for his grades, the controversy begins.

“I’m not surprised with [PAC Director] Lincoln Clark being nominated for lighting design,” Mammel said. “He’s just a master with lights. And of course, he builds all the sets. We work together on what it’s going to look like, but he just astonishes me every show.”

Mammel also made sure to recognize Grace Clark – Lincoln Clark’s daughter and Dowagiac graduate – for her work on the choreography. She also said Ravan Bakeman was essential to the show’s costume design. Dowagiac choir teacher Hunter Schuur was the musical director for the show.

During the award ceremony, the cast will perform the song “Everything’s Changing,” which takes place in act two of Ranked, after the scandal breaks and the school shuts down the grading system. 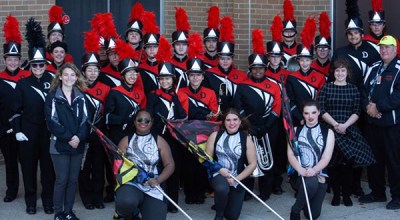