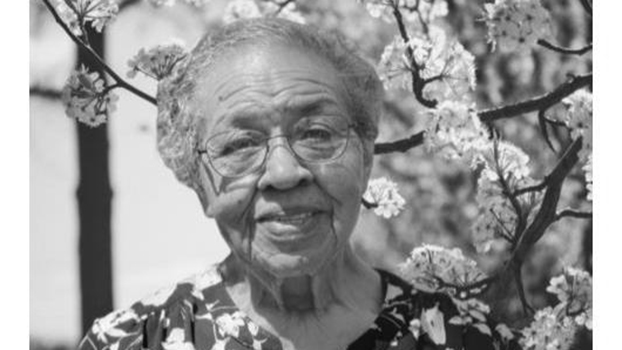 Margie Sue Hampton Minisee began this life July 27, 1932 in DeKalb, Mississippi, the third of six children born to the union of Clyde Sr. and Nodie Hampton. She passed from this world on April 19, 2022 in Murrieta, California. She spent her early childhood in Mississippi, but when she was six years old the family moved to Chicago, Illinois, to join her father who had moved north for employment. After relocating to Chicago, her grandmother Annie Gulley introduced the family to the Shiloh Seventh Day Adventist (SDA) Church. Wanting to remove their family from city life, the Hampton’s decided to take advantage of country living and in 1945 they pulled up stakes in the Windy City and moved to Cassopolis, Michigan. Years later it was there that Margie met the quiet, hard-working, local eligible bachelor, Darwin Leonard Minisee, whom she married August 28, 1949. To that union four sons were born, in order; Wilbur James Minisse, Robert Eugene Minisee, Delbert Leonard Minisee, now deceased, and Alfred Bradley Minisee.

The Minisee’s early marriage consisted of working on a dairy farm to raise their family. The church of their choice was the Calvin Center SDA Church which supported a school to promote Christian Education. Wilbur and Robert were enrolled into the Calvin Center SDA School. When life on the farm faded, the family moved to Niles in 1962 to find alternative employment off the farm and created a new homestead on Detroit Road. Being a strong advocate of Christian education, Margie found employment at the Simplicity Pattern Company to pay the boys’ tuition and declared there was no other choice of schooling for her boys.

Margie and Darwin instilled a strong work ethic in their children. Margie strongly believed that learning is transferred better when taught by example, not just words. As a means of financing their sons’ matriculation through the Niles Westside SDA School the parents took on the custodial duties for both the Niles SDA Church and school. “Margie’s Boys”, as they were sometimes referred to, grew to be known as hard workers in the community. Strawberry picking, blueberry season, visiting peach and apple orchards for homemade pies, the pruning of Mom’s rose bushes, and “green thumb” gardening were yearly “go-to’s”. The boys, after graduating the eighth grade, moved on to attend Andrews Academy in Berrien Springs, Michigan. To provide the required additional financing, Margie decided to assist her mom on occasion with a foster care business in California when the Simplicity Pattern Company folded, and she was left without employment.

Margie began to work full-time with her mom in Pasadena, California in 1977, at the Parker Family Home which eventually was relocated to Perris, California. Margie worked in the foster home business until she retired in 2000 moving to Lancaster, California to be near her youngest son. She spent years providing car rides to school and after school events for her grandchildren as well as watching other grandchildren during summer breaks. Margie especially enjoyed going to her grandchildren’s sporting events, working the fruit stand when coming to Michigan, making aprons for the Pathfinders to raise money for Camporee Campouts, and encouraging young people to stay faithful. In 2007 Margie moved to Keller, Texas, joining the Mosier Valley SDA Church in the Fort Worth area, and remained a member of this church until her passing.

Margie is remembered in her church and communities as a Christian individual that always exhibited a soft, sweet demeanor when dealing with difficult situations, and could be counted on to not escalate matters needlessly. She was always saying a word of encouragement and reminded you that she was praying for you, and that the Lord would lead and guide you.