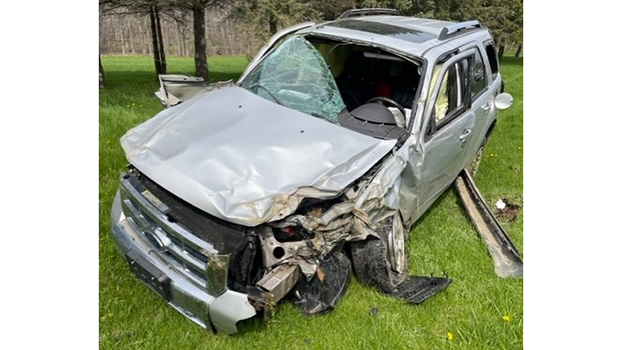 CASSOPOLIS — A Three River man succumbed to his injuries after he struck a tree and was ejected from his vehicle in Newberg Township Saturday afternoon according to the Cass County Sherriff’s Office.

Deputies were called to investigate a single vehicle crash on M-60 near Timberlane Drive at approximately 4:02 p.m. Emergency personnel discovered a vehicle driven by Roger Wayne Wyman, 77, of Three Rivers, had left the roadway, striking a tree and overturning. Wyman was ejected in the crash and succumbed to his injuries at the scene.

Wyman’s wife, Tina Marie Wyman, 57, was a passenger in the car and was transported to Three Rivers Hospital for treatment.