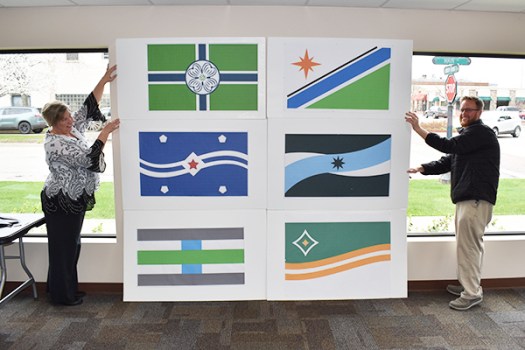 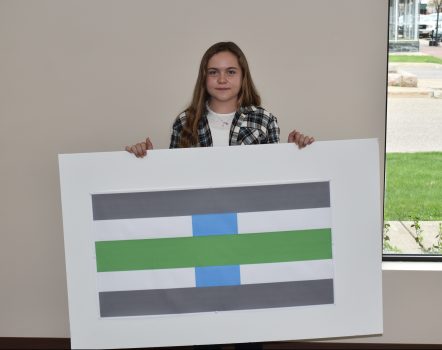 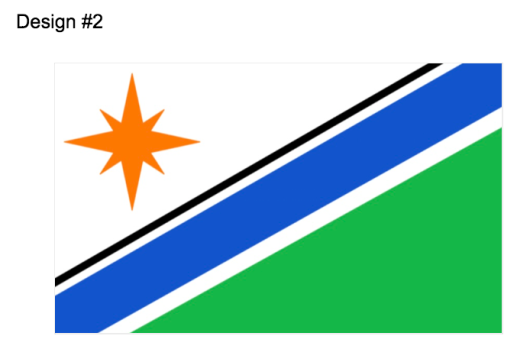 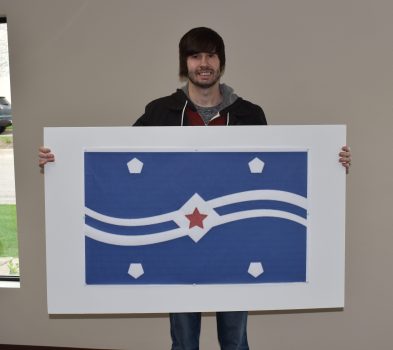 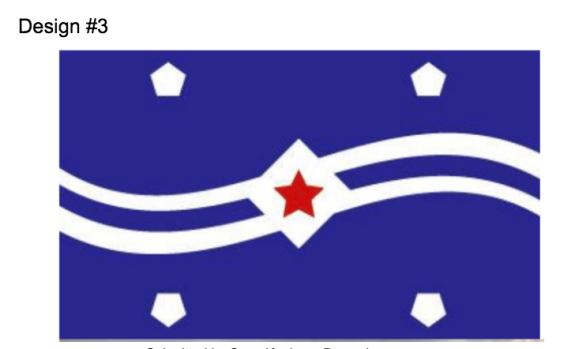 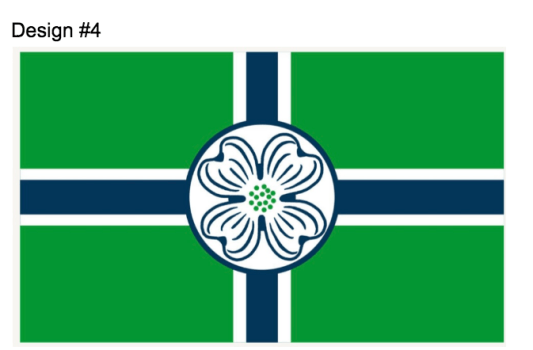 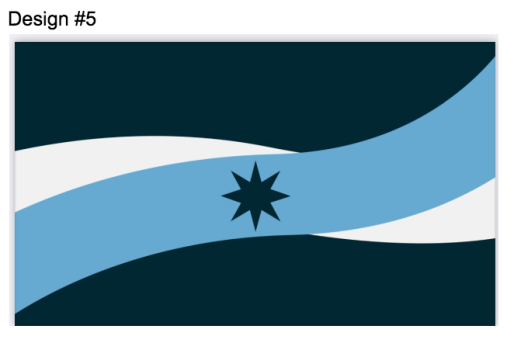 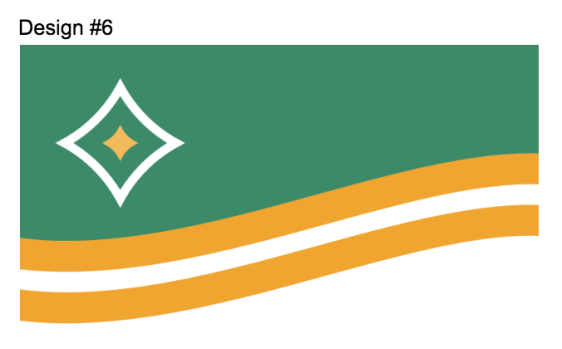 DOWAGIAC — And then there were six.

After carefully looking at 21 entries, the City of Dowagiac has chosen its designs to be considered for an official Dowagiac city flag. With the approval of Dowagiac Mayor Don Lyons and City Council, a subcommittee of the Dowagiac Economic Development Committee announced Tuesday the top six designs – and are now turning to the public for input before releasing the final design on Flag Day, June 14.

“I was thrilled with the fact that we got 21 submissions,” said Eileen Crouse, who is a member of the subcommittee and originally brought the idea for a city flag to City Councilman Patrick Bakeman several years ago. “I was not expecting how difficult it would be to narrow down – they were all so good and so creative. This whole project exceeded my expectations, but I take that as a good sign. There’s a lot of enthusiasm and interest from the community about this idea.”

The final designs included submissions from five Dowagiac residents – Eric Stovern, Alyssa Boese, Beth Hovey, Sean Kaniuga and Dowagiac Middle School student Breah Hannapel – as well as Niles resident Jesse Villagrana. Along with their submission, each artist was required to write a brief description of the symbolic elements in their flag.

Many of the designs include a curved line representing the Dowagiac River or Dowagiac Creek, while others included mention of the community’s Native American roots, cultural diversity, agriculture and history of industry such as the Round Oak Stove Company and Heddon Lures.

Two of the designers, Kaniuga and Hannapel, were present at the unveiling ceremony, and shared some additional details of their designs. Kaniuga’s design (Design 3) features a red, white and blue color scheme. According to Kaniuga, the colors are a nod to the U.S. flag, with the blue background representing the Great Lakes.

“The red color of the star was chosen as a symbol of love and pride that the citizens of Dowagiac have for their city,” Kaniuga said. “The Blue line represents the Dowagiac Creek. … It creates an eye track that has a peaceful feeling of movement.”

According to Kaniuga, – who graduated from Southwestern Michigan College and is a freelance graphic designer – the four pentagons in his design represents the four townships in the city limits, and the white diamond surrounding the red Dowagiac star “symbolizes peace, which speaks to our peaceful coexistence and harmony among our citizens of all ethnic backgrounds.”

For DMS student Hannapel’s design (Design 1), the gray bars are made to represent the railroad tracks through town, and the green represents the city’s agricultural roots. The horizontal white areas, she said, represent equality and the diversity of Dowagiac, similar to the popular equality symbol seen in other logos.

“I never even thought about the equal symbol,” Bakeman said. “That was really good.”

Crouse added she was really hoping a finalist would come out of her presentation to the middle-schoolers, and Hannapel was head and shoulders above the rest of the entries.

“None of the designs are perfect, so we’re looking for your feedback,” Crouse said. “We want to know your favorite, what about the elements make it your favorite – what factors, what symbolic things mean the most to you?”

Crouse said the public input is crucial because the flag will be representing all residents of Dowagiac.

“If we see over and over that the people really love the green and the agricultural tie, we’ll know the finished flag needs to have green,” Crouse said. “It’s not as simple as a popularity contest where the favorites will win. I really encourage people to take the time to read the descriptions of each flag before they vote.

For Crouse, seeing the final flag flying over her city is going to be a special moment, one she has dreamt of for the better part of the last decade.

“To know that before too long, we’re going to have an actual Dowagiac city flag flying is so gratifying and so exciting,” she said. “It’s just the light at the end of the tunnel.”

To participate in the survey, which runs through May 13, visit bit.ly/FlagFeedback.