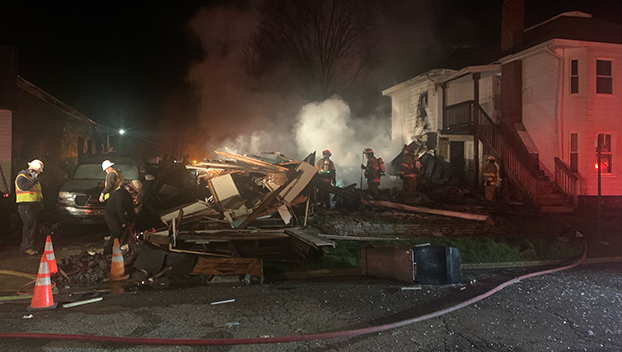 NILES — Two people escaped a home before it burned to the ground early Wednesday morning in Niles.

“It was a very strong explosion,” said Angela Jones, who lives on Oak Street, around the corner from the site of the blaze. “We thought a tree may have fell on our house.”

Jones’ daughter, Chloé Harmon, woke Jones up when she felt the house shake and then saw flames nearby. Within minutes, firefighters from multiple departments responded to the home.

Niles City Fire Capt. Don Wise said when crews arrived, the occupants of the home had already gotten out.

“Two residents sleeping on [the] second floor crawled out,” he said around 4:30 a.m. Wednesday.

Wise said the individuals were transported by SMCAS ambulance to Spectrum Health Lakeland Niles Hospital from the scene. He said he has not yet determined if any animals were in the home.

“The primary site of the explosion looked to be engulfed and collapsed in on itself, but the surrounding buildings looked untouched,” Jones said. “I was honestly impressed with how the firefighters handled everything and kept those homes from catching on fire.”

Wise said the blaze, which he too described as an “explosion,” leveled the house and caused damage to nearby structures.

“[The] house next door that was vacant has fire damage, and M-51 Auto Sales has minor fire damage,” he said. “Multiple fire crews are assisting us.”

SEMCO Energy is on the scene assisting the department in discovering what caused the fire. 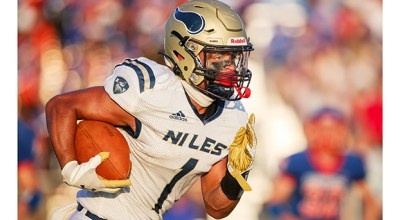