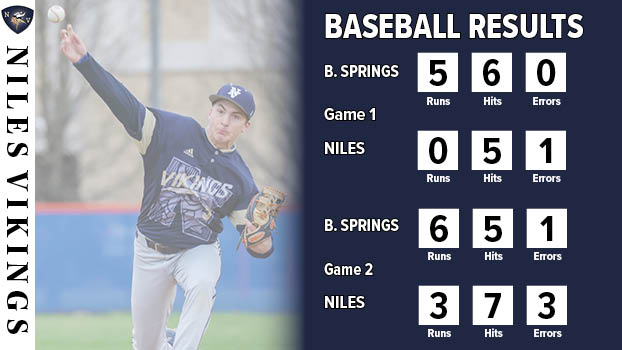 The Shamrocks (5-4) used a three-run third inning to snap a scoreless tie against Niles in the opener.

The Vikings had five hits in the contest. Austin Bradley started and took the loss.

In the second game, Berrien Springs scored three times in the opening inning and never looked back in completing the sweep.

Carson Rachels had a double for the Vikings, who finished with seven hits. Dane Asmus suffered the loss.

Drew Racht had two hits in the first game, and Sam Rucker drove in two runs for Niles. Rachels took the loss in relief of starter Gage Vota.

In the nightcap, Rachels drove in two runs for Niles. Braylon Schultz was the losing pitcher in relief of starter Brian Gonzalez. 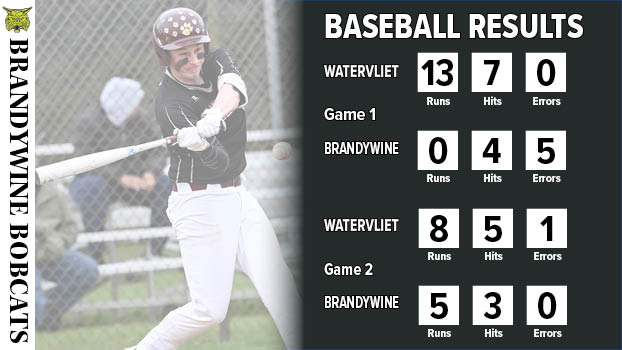 The Bobcats (5-3) were no match for Watervliet in the opening game as the Panthers scored two in the first, four in the second and then seven in the sixth innings to account for their runs.

Brandywine was held to four hits. Jeramiah Palmer, Jamier Palmer and Andrew Schadler all doubled for the Bobcats.

In the second game, a seven-run third inning erased a 3-0 Brandywine lead and the Panthers went on to compete the sweep.

Owen Hulett had a pair of RBIs for the Bobcats, who are back in action today as they host Constantine in a non-conference doubleheader starting at 4 p.m.