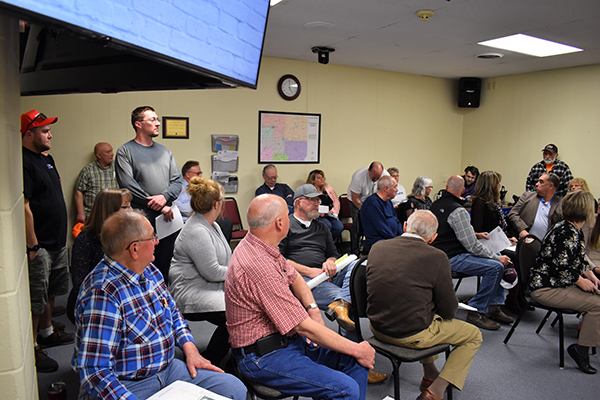 CASS COUNTY — A standing-room only crowd was packed into a local government meeting, residents waiting to take their turn to participate in a public forum.

During its regular meeting on Thursday, the Cass County Board of Commissioners hosted a public hearing for a proposed ordinance that would legalize and regulate Off-Road Vehicles on roads in the county.

If the proposed ordinance is passed, ORVs will be able to travel on the right side of all county-maintained roads, but will not be permitted to operate on the road surface, roadway, shoulder, or right-of-way of any state or federal highway in the county, or on any county primary road. Additionally, the Cass County Road Commission will be able to close no more than 30 percent of county roads to ORV traffic, according to a draft of the ordinance.

Permitted vehicles include side-by-sides, all-terrain vehicles, utility terrain vehicles and other similar vehicles. Golf carts are not permitted under the proposed ordinance. To legally operate an ORV under the ordinance, a person must possess a valid driver’s license, and purchase a county registration sticker for $75. The speed limit would be 25 MPH, and violations of the ordinance would result in a fine of up to $500.

The majority of residents who spoke were strongly in favor of passing the ordinance, and several said they already use their ORVs on county roads.  Some, however, had issues with the details of the ordinance.

Kent Clark, of LaGrange Township, said he applauded the county for taking the issue up, but had several critiques.

“You’re giving the road commission the opportunity to exclude 30 percent of the roads, and if you take primary roads out of there too, that’s a large amount of roadway,” Clark said. “There’s a lot of county roads that just are not going to require [being closed].”

Clark, as well as other residents, also took issue with the registration fees.

“There’s 83 counties in Michigan, 61 of them currently have this ordinance. I did a spot check of 10 percent of those, not one of them has where you had to buy a permit,” Clark said. “I think you’re asking for problems if you ask people to buy that.”

According to the ordinance, fees, fines and damaged collected under the ordinance will be designated into an ORV Fund to be split between the road commission, sheriff’s department and county administrators for costs related to ORV traffic, enforcement of fines and processing of applications.

Terry Ausra, a farmer in Silver Creek Township, was the lone resident to speak against the passing of an ORV ordinance. He said while he has an ORV and uses it for farm work, he and other farmers worry the ordinance will result in trespassing, due to the absence of off-road trails in the county.

“There’s concerns about the access that these machines will all have to anywhere they want,” Ausra said. “I know they’re fun. A lot of my friends are here and they’re in favor, and that’s fine. But I hope we’re all thinking of different possible negative effects.”

In response, another resident suggested including heavier fines for obstruction to agriculture.

Norm Krupp, Ontwa Township resident and president of the Edwardsburg Snowmobile Club, said his group would be more likely to include and promote ORV use if it were allowed county-wide.

“I’ve had many requests from members and residents for us to get involved with the ATV and ORV community,” said Krupp, adding his organization has been a grant sponsor for the state for 20 years. “We decided not to do that because there’s no place for them to ride. … With this ordinance, we probably would consider it. Not that we can provide trails, because we’ve got the farm criteria to deal with, but we can promote safety, safe riding and proper use through our club.”

Lisa Winslow, of Mason Township,  said riding her ORV is the best way to check up on family and friends. She things registration is a good idea, and believes an ORV club could help with enhancing the rules and regulations in Cass County. She also was one of several speakers to speak about their love for riding ORVs.

“We just love to see the countryside and all the wildlife,” she said. “We’re not out there racing, we’re just happily cruising and loving what Michigan has to offer.” 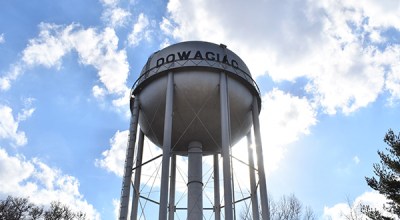