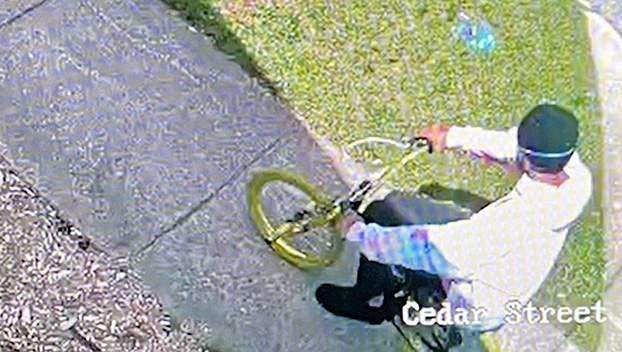 NILES — Niles City Police are seeking the suspect responsible for injuring a woman while snatching her purse Monday.

According to the department, the victim, an 80-year-old woman, suffered aggravated injuries when the suspect aggressively snatched her purse at 2:05 Monday. The victim had just walked out of the Methodist Church Parking lot at Cedar and Third streets, when the suspect approached riding a BMX style bicycle.

As the suspect was riding past, he grabbed the victim’s purse strap, which caused the victim to be thrown to the ground. The suspect then jumped off the bicycle and attempted multiple times to jerk the purse from the victim’s arm. Once he was successful, he rode his bicycle east on Cedar Street, then south on Fourth Street to Broadway, where he abandoned the bike and fled on foot.

The victim was transported to Spectrum Lakeland Niles for treatment.

The Niles Police Department is seeking assistance in finding the suspect, who is described as a black male in his late teens or early 20s.