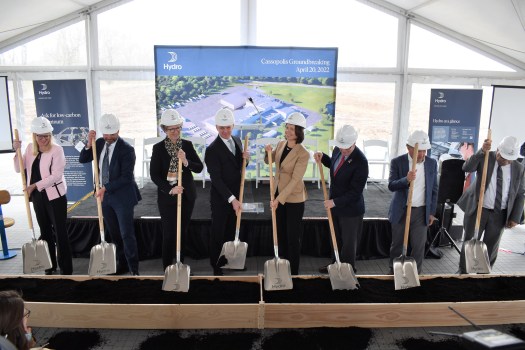 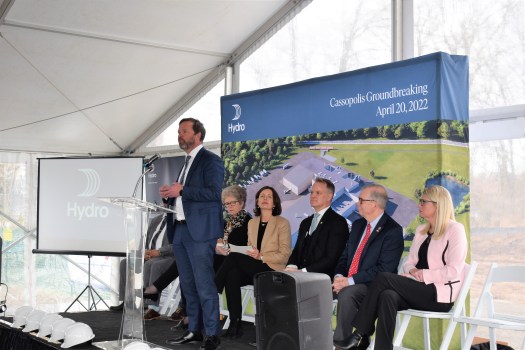 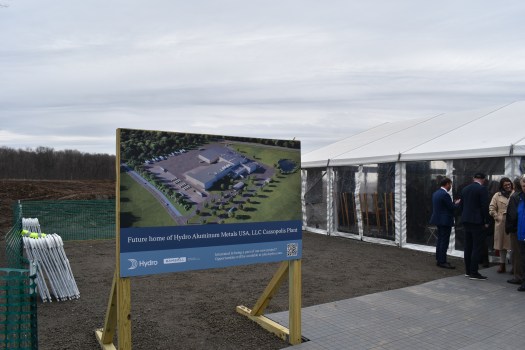 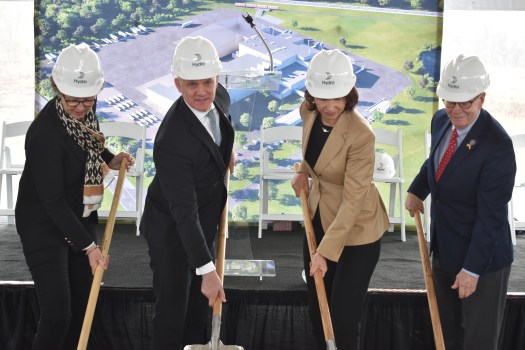 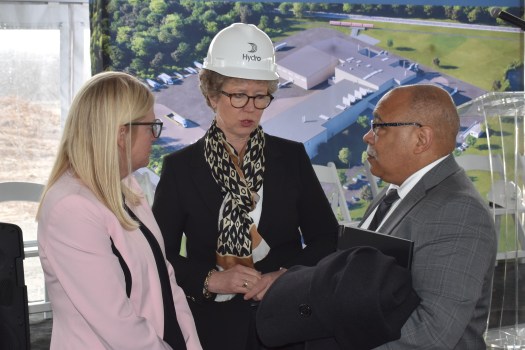 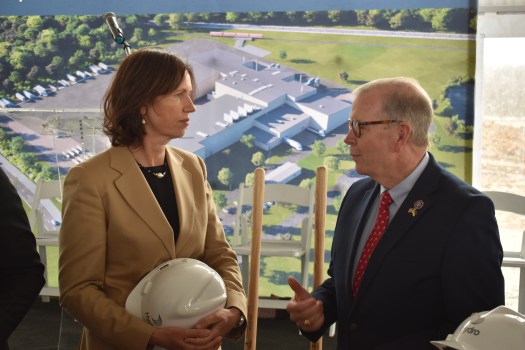 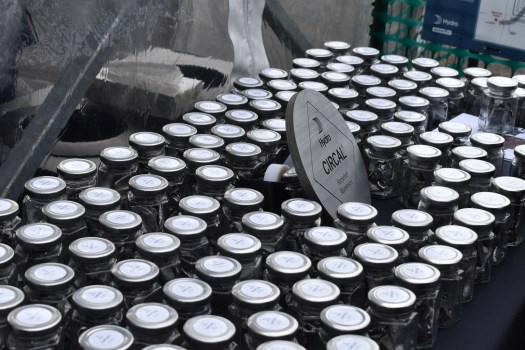 CASSOPOLIS – From a United States congressman to the Norwegian ambassador to the U.S., leaders from near and far converged to make local history this week.

“I’m so delighted to be here today to mark this important occasion for Hydro, for Cassopolis and for the state of Michigan,” said Norsk Hydro President and CEO Hilde Merete Aasheim. “We are so proud to finally be ready to put the shovel in the ground and start the building of this new, state-of-the-art aluminum [recycling facility].”

Once completed in 2023, the plant will produce about 265 million pounds of recycled aluminum per year to support automotive innovation, and locally employ 70 direct employees, according to the company.

“We aim to be an industry that matters for the communities in where we operate,” Aasheim said. “Our ambition is not only to be in Cassopolis, but to become a part of Cassopolis. … We have gotten a warm welcome, and that is really exciting.”

The facility also will mark the first large-scale production of Hydro CIRCAL extrusion ingot aluminum in North America. Hydro CIRCAL is the company’s brand of premium recycled aluminum, made with a minimum of 75 percent recycled, post-consumer aluminum scrap.

“This project represents a key stepping stone toward Hydro’s goal of becoming the world’s leading upcycler of post-consumer aluminum scrap,” said Eivind Kallevik, Executive Vice President of Hydro Aluminum Metals. “It is important for us to be in the heartland of the U.S. automotive industry. … Aluminum will be key for a green transition going forward.”

According to Kallevik, part of the reason the company chose Cassopolis was the eagerness to collaborate from local partners at the village and MEC.

“We are also very happy to be the first manufacturing facility her at MEC SMART Park,” Kallevik said. “Here, we will benefit from state-of-the-art infrastructure that will enable us to operate safely while maintaining minimum impacts to the environment.”

Kallevik also mentioned the company will be able to reduce its carbon footprint thanks to the direct rail service Cassopolis can provide, as well as the renewable energy from MEC.

“We’ve always been in business for a reason,” Kallevik said. “Our ambition is to contribute to solve the challenges that societies face today, and the challenges we will face tomorrow. Here in Cassopolis, we will take a major step in driving the green transition in North America by taking the lead in the production of low-carbon recycled aluminum for a more circular society.”

LaGrow thanked Hydro for their investment in Cassopolis.

“There are moments that are history and change-making for a community … this is one of those moments,” she said. “Their decision to invest in and make Cassopolis their home, both figuratively and literally will change the landscape of this community forever. The magnitude of the investment being made here, the jobs created and the positive impact this will have on the other businesses in the community will help support us long into the future.”