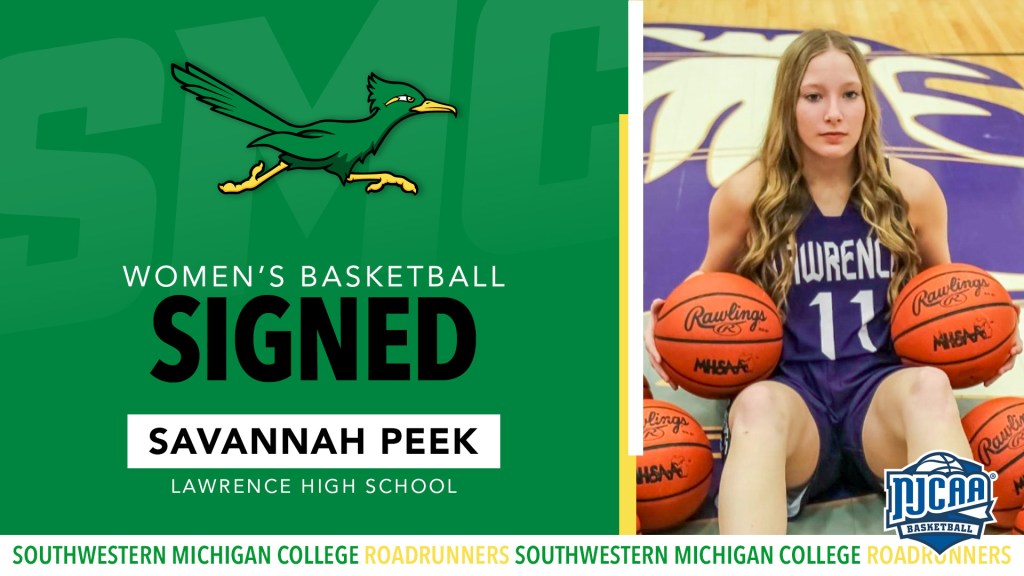 “Savannah has been an asset to our program since the first time she stepped on the court here at Lawrence High School,” said Lawrence Head Coach Rasaun Brown. “She has been a four-year starter as well as a three-year captain. She has embodied what it means to be a Tiger through her hard work and determination. This program wouldn’t be where it is today without her leadership. Though she will be missed, we look forward to her doing great things at SMC.”

Peek’s mother, Debra (then Debra Mishler), played women’s basketball for the Roadrunners during the 1994-95 season. That team, the defending national champions after winning the NJCAA Division II title earlier that spring, went undefeated at 28-0 during the regular season. The Roadrunners won the MCCAA, with Coach Tom Barnes named MCCAA Coach of the Year in his fourth season, but they were not able to advance out of the regional after losing in the tournament to Lake Michigan College and St. Clair, teams they had swept during conference play.

Wasielewski likes what she sees from Peek.

“Savannah is a high-energy guard that competes on both ends of the court,” she said. She makes plays with her hustle and will be an offensive threat from the perimeter. Savannah is a great student and will be pursuing a degree in biology/pre-med. She is a great fit for our program and we are thrilled she chose SMC.”

Peek becomes the 11th member of the Roadrunner program signed by Wasielewski.