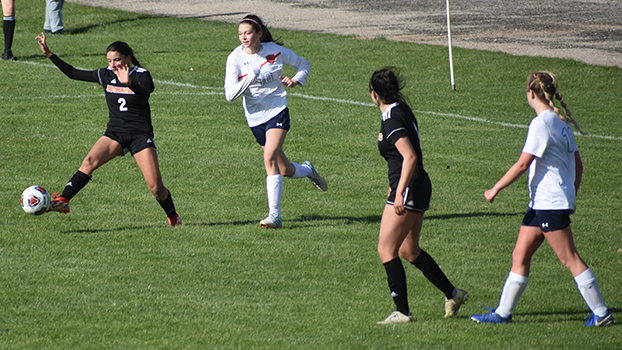 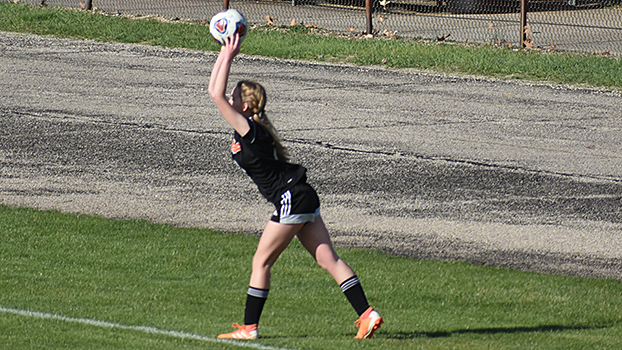 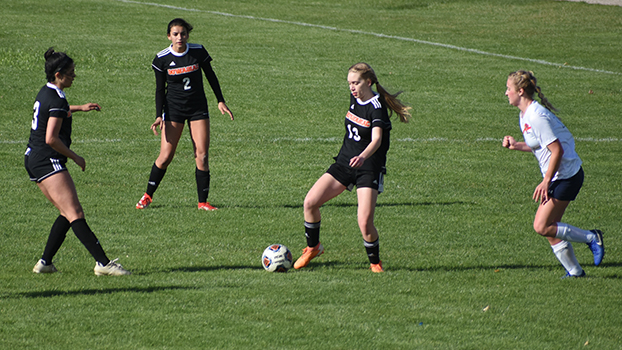 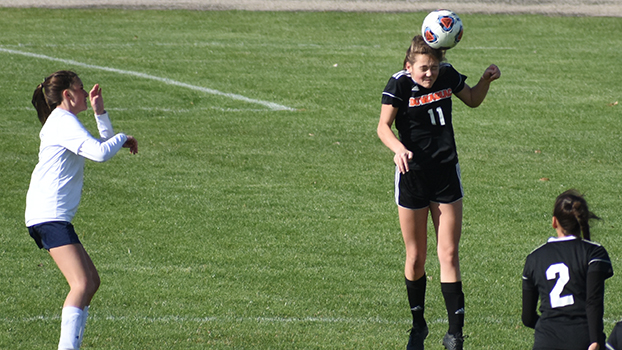 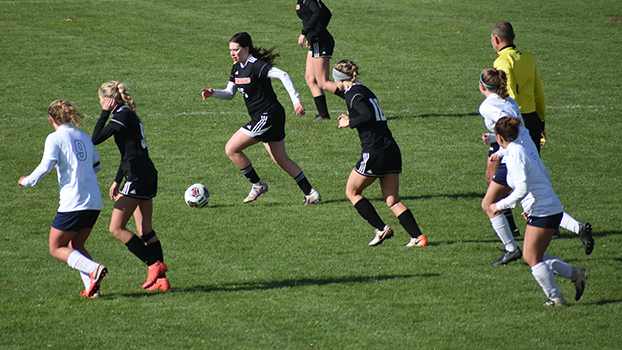 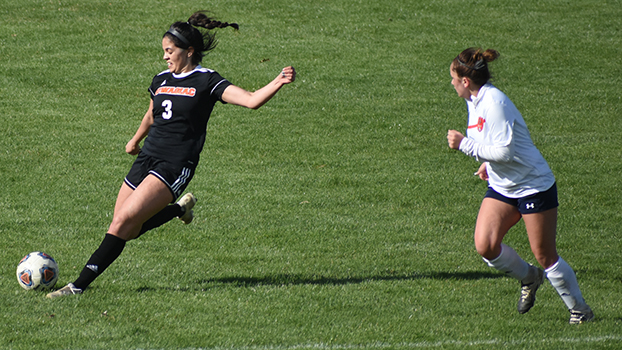 DOWAGIAC — With the wind howling throughout the match, visiting Bridgman and Dowagiac had to settle for a 1-1 tie in their Thursday non-conference soccer match.

Neither team found the back of the net in the opening 40 minutes of play as shots at the goal were consistently carried away from the keepers by sustained winds of more than 20 mph.

Bridgman scored first, 11 minutes into the second half. Dowagiac responded four minutes later with a goal by Kenya Lee. Neither team could get the game-winner.

“Despite the windy conditions, I thought we played a fair game tonight,” said Dowagiac. Coach Chad Davis. “The girls had a great contest tonight. We were tested on all phases of the game. I thought we looked sharp at times, and then two minutes later, we looked a little sloppy. The girls did a nice job of responding to a Bridgman goal and taking the lead on us to fight back and get a goal of their own and not give up. So, this gives us a great chance to grow from here on out.”

The Chieftains (1-1) are back in action Saturday as they host the annual Chieftain Invitational beginning at 10 a.m.