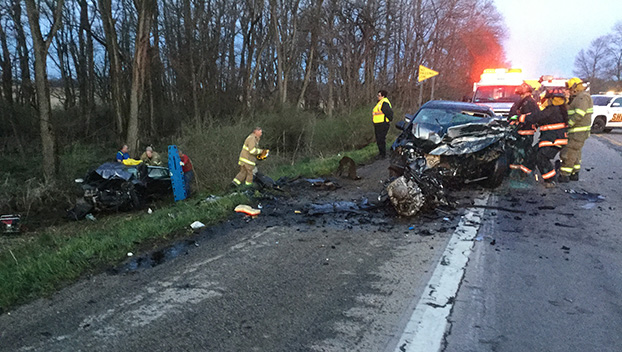 PENN TOWNSHIP — One man was killed and another severely injured in a head-on collision Thursday morning, according to the Cass County Sheriff’s Department.

Deputies were dispatched to the scene on M-60, just east of Gards Prarie Road, at 6:34 a.m. Thursday.

Richard Affriseo, 67, of Cassopolis, succumbed to injuries sustained in the accident at the scene.

Neither Hart or Affriseo were wearing seat belts.