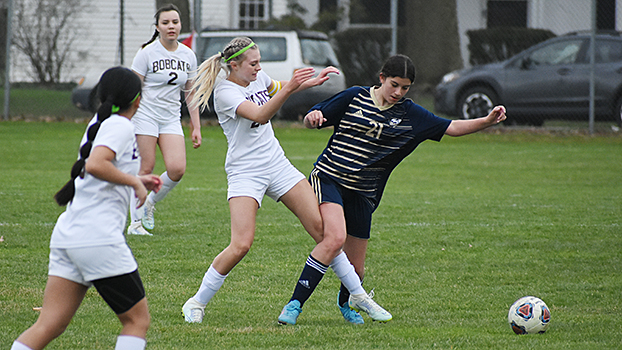 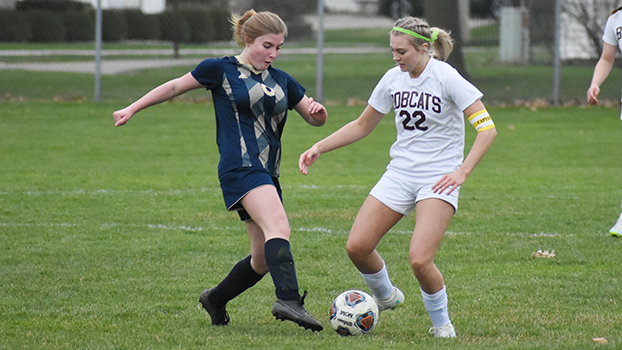 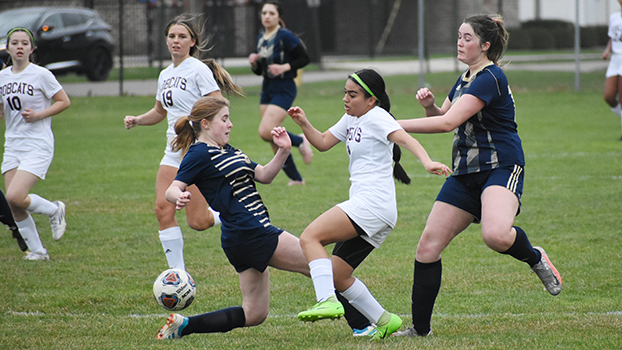 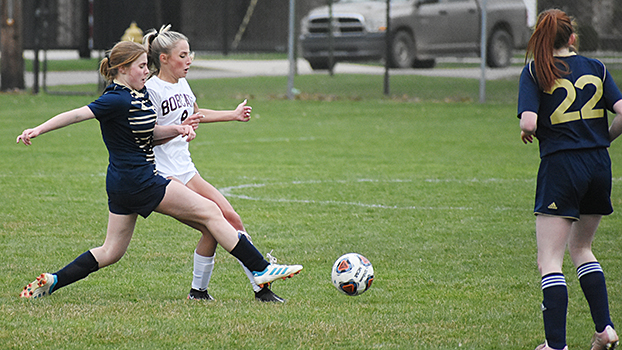 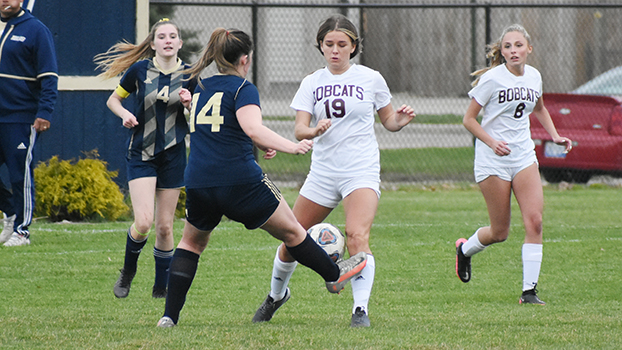 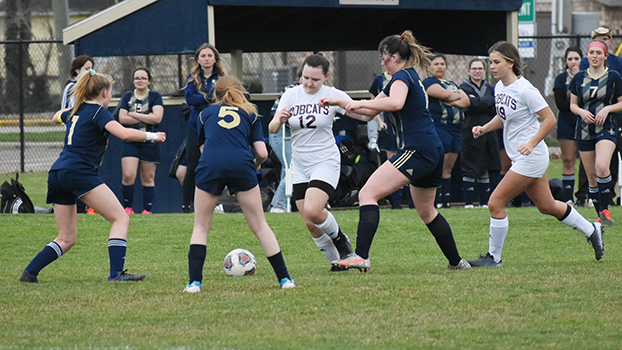 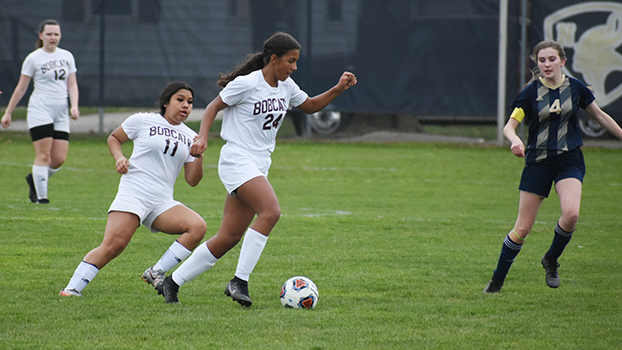 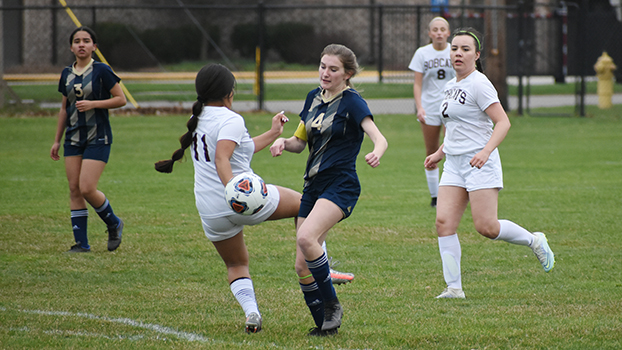 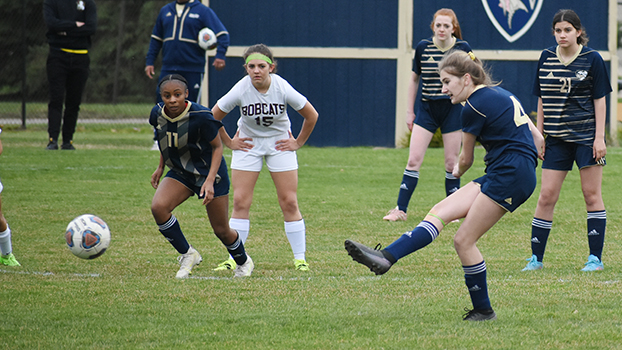 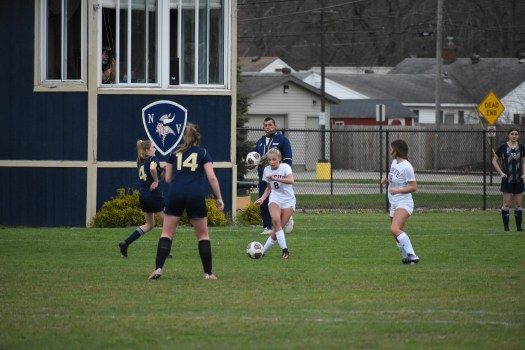 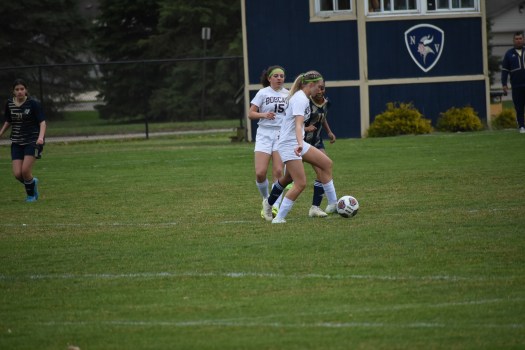 NILES — Less than a minute into Monday’s non-conference girls soccer game between arch rivals Brandywine and Niles, the Vikings were awarded a penalty kick due to a handball inside the box.

Niles’ Mary Saylor took the penalty kick and drilled it past Brandywine goalie Tressa Hullinger to give the Vikings the early 1-0 lead.

Little would anyone know, that lead would stand up for nearly 64 minutes before Saylor scored again to give the host Vikings a 2-0 win over the Bobcats. It was Niles’ first win of the season after starting 0-3.

Brandywine dropped to 0-2 on the season with the loss.

“We are young, and we are improving every day,” said Niles Coach Bill McAllister. “It was huge [getting an early goal].”

After getting on the scoreboard first, Niles turned the match over to its defense, which played well, according to McAllister. Especially Kaiya Slater.

“Kaiya runs that defense basically,” he said. “She is amazing.”

Despite the loss, Brandywine Coach Caleb Adams was happy with the effort of his squad.

“It was a fun game,” he said. “It’s good to see the improvement each time.”

Niles now gets more than a week off before its next match April 20 at Sturgis as the Vikings open up the Wolverine Conference portion of their schedule.

“We have got to build on quick passes and long balls when we need them,” McAllister said.

Brandywine is back on the pitch Wednesday as it hosts New Buffalo in a non-divisional BCS match.