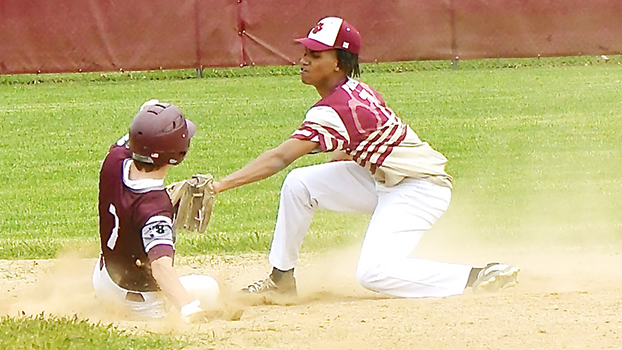 NILES — Weather may have been an issue for playing games, but it has not kept the Brandywine baseball team from being ready for the day it finally got to open the 2022 season.

That day came Friday, and the Bobcats were more than ready as they swept visiting Coloma 10-0 behind a no-hitter by Owen Hulett and 7-2 in a game that was called after three innings due to weather.

It might have taken a few innings to get the offense rolling, but Brandywine’s pitching and defense appeared to be in mid-season form against the Comets, who managed just two hits on the day.

“It was a good start of the season overall,” said Brandywine Coach David Sidenbender. “Our bunting was awesome. Pitching was good as Hulett threw a no-hitter and {James] Barnes was dominating. Our defense was good.”

In the opening game, Brandywine (2-0) scored a pair of runs in the second inning and then exploded for five runs in the fourth inning to break the game open. The Bobcats added three runs in the fifth to end the game via the 10-run rule.

Brandywine finished with 10 hits, including two each by Jeramiah Palmer, Hulett and Jacob Sherrick, who doubled and drove in four runs. Hulett, Palmer and Carson Knapp also had doubles.

In the nightcap, after falling behind 2-0, Brandywine scored three runs in the bottom of the second inning to take the lead. After scoring four times in the third, the game was stopped as the weather and darkness set in.

The Bobcats had five more hits in the second game. Palmer and Sherrick had two each Sherrick collected his second double of the young season.

Barnes gave up two hits and struck out a pair in his three innings of work.

Even though Brandywine had 15 hits in eight innings, Sidenbender said there is work to be done.

“We have to have more consistency in our at bats,” he said, “although we showed some power at times. It’s just nice to get out and finally play.”

Brandywine hits the road Tuesday as it travels to South Haven to open its BCS Athletic Conference Red Division schedule against the Rams.